The Millennial Killer has been welcomed to the legendary Land of Prince Vlad III Dracula, universally known as Vlad the Impaler, Voivode of Wallachia, and been proclaimed as “Best Indie Film”! 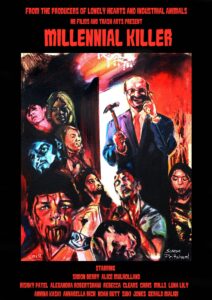 Martin W Payne, Producer, was delighted to hear the news: “This is such a great honour taking what was initially a simple idea, allowing Sam (Mason-Bell, Writer and Director) to over-complicate it, and now to be awarded as Best Indie Film by a truly wonderful Film Festival”.

Whilst The Millennial Killer has read up on current affairs, and is up to date with all things Millennial, even he is impressed by the authoritarian Prince, who revolutionized the affairs of Wallachia and refused to pay tribute to the sultan Mehmed II, resulting in a bloody war with the Ottomans. Vlad the Impaler was killed in 1475, and 422 years later Bram Stoker downgrades the Prince to a mere Count! How dare he, that young writer, seeking fame by belittling his elders! 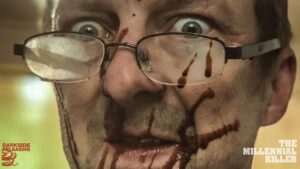 Director Sam Mason Bell said “It is a really good feeling to know that there is a market out there for films like ‘The Millennial Killer’, being produced on a shoestring budget, and yet be relatable and enjoyable. My thanks to the Festival organisers and selectors and I hope to be back!”.

Hundreds of years of mythic Wallachian history under the night sky was joined by the Trash Arts / HB Films co-production, starring Simon Berry as ‘The Millennial Killer’ which is available on Blu-Ray from DarkSide Releasing (based in Vancouver, Canada).