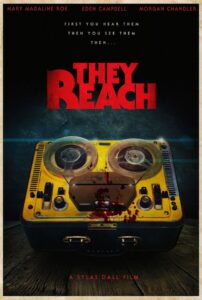 THEY REACH is an adventure/horror film set in 1979. 13-year-old science nerd Jessica Daniels accidentally unleashes a demon from a vintage reel-to-reel player; she recruits her two best friends to fight the beast before it devours more souls in the small town of Clarkston.

THEY REACH is a cross genre horror film combining heavy doses of thriller, comedy and youthful romance. With its female hero and cast of teen stars, THEY REACH taps into our admiration of strong female characters and nostalgia. The film embraces classics like Poltergeist, Goonies and ET, as well as more modern look-backs like Stranger Things and Stephen King’s IT. 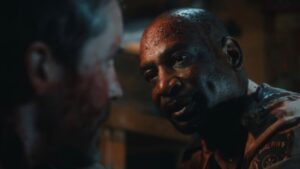 Jessica Daniels is not like other girls her age. She’s a science nut who’s determined to win Grand Prize at the science fair with her powerhouse potato light. Her dad wonders why she’s infatuated with experimenting on discarded electronic gadgets, instead of sewing or dolls. One day she finds an old reel-to-reel player. As she pries at it to unleash its electronic secrets, she cuts herself. Her blood releases the deadly Sangui Demon, who slaughters anyone in its path in its pursuit to possess the ultimate vessel – the body of the person who bled on its portal: Jessica. She must defeat the demon, but how? She recruits her two best friends and her Dad, and musters her science-fair winning skills, to battle the beast before it gathers more souls. And her badass potato light? Turns out, light from potato energy deters demons. Who knew? 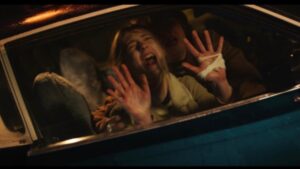 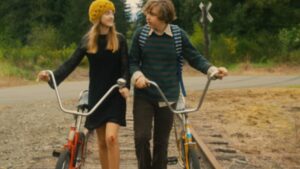 Coming to the U.S. soon!