Don’t miss your chance to be the first to see these 7 world premieres starting with the World Premiere of the Sarah Paulson led thriller RUN, which is set to open the festival. The schedule is out, and badges are available to purchase today. Prepare for these premieres below…

Sarah Paulson and newcomer Kiera Allen shine in director Aneesh Chaganty (SEARCHING) nail-biting, Hitchcockian new thriller about a wheelchair-bound teenager whose fragile, isolated existence with her doting mother is threatened when she begins to notice strange occurrences around her house. A Hulu Original Film. 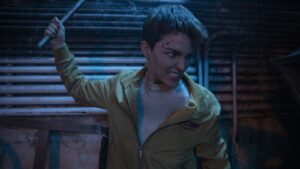 As visually stylish as it is graphically violent, this punishing action-thriller from the legendary Ryûhei Kitamura (VERSUS) stars Ruby Rose (JOHN WICK: CHAPTER 2, Batwoman) as a former Marine turned doorman at a luxury New York City high-rise who must outsmart and battle a group of art thieves and their ruthless leader (Jean Reno, LÉON: THE PROFESSIONAL) — while struggling to protect her sister’s family. A Lionsgate release.

Lovingly crafted entirely with hand puppets, this hilarious, blood-drenched practical marvel sees the peaceful, secluded lifestyle of two monsters threatened when a group of desperate villagers come to repay an age-old pact to a wretched demon. 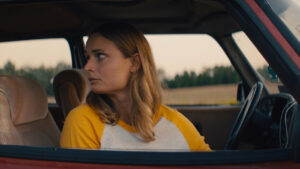 A couple, Sam (Sawyer Spielberg) and Riley (Malin Barr), on a backwoods road trip find themselves descending into a hallucinatory hell when they accept auto repair help from an elderly farmer and her peculiar son in this unhinged and unforgettable directorial debut. Originally set to premiere at the Tribeca Film Festival. 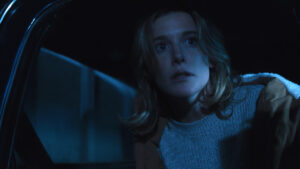 While on Christmas vacation, Sam’s world begins to close in around him in horrifying and hilarious ways when his girlfriend’s announcement that she wants to start a family coincides with the sudden reappearance of an old acquaintance who alludes to Sam’s violent past. A Dark Sky Films Release. 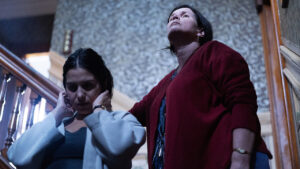 A pregnant woman reconnects with her estranged mom (Julia Ormond) in this emotionally charged and quietly audacious psychological horror chiller that slowly and brutally lays bare the dark and horrific sins from a family’s shared history. A Dark Sky Films release. 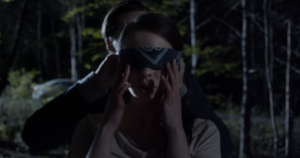 Unable to come to terms with the death of his wife, a man and his sister-in-law return to the scene of the car accident to perform an ill-fated ritual in this two-handed chamber horror that terrifyingly shines a light on the dangers of extreme grief: unrelenting desperation, loss of self and the evil that exists in our darkest moments of despair.

Access to film screenings will be geo-locked to the US with ticket bundles on sale on the website ($65 for 5 features or short film programs and $99 with 10 features or short film programs, both bundles come with unlimited access to events and panels, while event-only badges will be made available worldwide ($25) and a virtual festival social hub will be freely accessible to all. To order a badge, visit: https://nightstream.eventive.org/passes/buy

They Have Risen! The Hit Series Taking the US by Storm, “Bunkheads!”