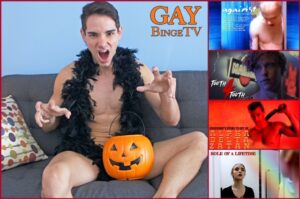 GayBingeTV, the streaming service for gay men available worldwide online, Roku, Fire TV and Apple TV (later this Fall); has announced the October release of new horror movies to thrill both fans of the genre, and the LGBTQ community and allies.

For Halloween 2020, GayBingeTV has curated a playlist featuring lots of out and proud spooky films. Full list: https://bit.ly/33Eiaj0 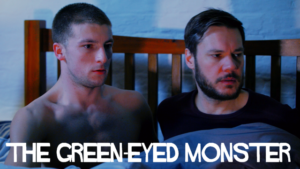 The Green-Eyed Monster. Clive is not speaking to his husband Roger, but jealousy is the least of this gay couple’s problems. Beware the green-eyed monster! Directed by Craig Ford.
https://bit.ly/3nurXjj

PYOTR495. A gay teen is baited by a hate group known for their violent attacks against LGBT people, but the mysterious boy has a deadly secret his attackers never accounted for. An Outfest and FANTASIA selection.
https://bit.ly/3dhrz35

I Wouldn’t Wish The Eighties On Anyone!. Victor, a troubled gay man, hides a terrible secret he needs to get off his chest in this sexy and macabre story set in the 80’s. Directed by Craig Ford.
https://bit.ly/3jJqNhA

– The Trouble With Barry. With scream queens Brinke Steven and Linnea Quigley. Barry is a gay narcissistic sociopath — but is he also a killer?
https://bit.ly/2GtY5mP

Against. Stan, a cross-dresser, inherits a house haunted by his parents. Directed by Todd Verow.
https://bit.ly/2SA76go

– Innocent Boy. Off a lonely Texas highway, a group of queer hustlers prey on the desperados who have come for sex, drugs and Momma’s special milk.
https://bit.ly/3nuGUSG

Alpha Delta Zatan. In a frat house packed with hot jocks, a new brother becomes the target of a masked killer.
https://bit.ly/2Ibn6nd

Bayou Ghost Story. A paranormal investigator travels to the South to research a series of deaths connected to a supernatural curse haunting a Louisiana family.
https://bit.ly/3iJ6NKW 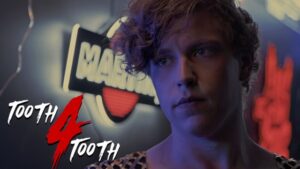 GayBingeTV features a big library of gay movies, shorts and series. The streaming service’s goal is to be a fun and affordable entertainment option for the global LGBT community. The monthly subscription service is only $3.99 for unlimited access. All new subscribers enjoy a 7-day free trial. More information and sign-up: http://www.gaybingetv.com