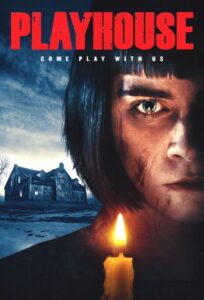 As Frightfest comes to a close, World sales agent and North American distributor Devilworks has picked up Supernatural chiller entry Playhouse for North America and Canada.

The film centres around a notorious horror writer, who moves into an ancient castle with his teenage daughter, to work on his next play; only to face terrifying consequences when his daughter falls prey to a  Supernatural evil lurking within the castle walls.

Brothers Fionn and Toby Watts produced and directed the supernatural chiller, which premiered at London’s Frightfest in August.