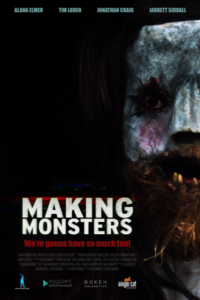 Just in time for Halloween, Vortex Media is proud to announce the Canadian release of the Bokeh Collective and Buck Productions film, MAKING MONSTERS now available on Digital HD and On Demand.

When a celebrity couple famed for their YouTube scare-prank channel are invited to a friend’s converted church in the countryside for a weekend getaway, a series of startling events unfold that spiral them into an inexplicable nightmare. 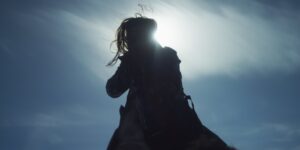 “We directed Making Monsters with the hope of delivering to audiences a fun yet terrifying adrenaline rush from start to finish.” said directors Justin Harding and Rob Brunner. “As filmmakers, we really focused on creating a movie for true horror fans. This meant pushing beyond the genre’s usual tropes, that keeps you wondering if things are going to end up alright for our two main characters. We are thrilled to know that people around the world can finally enjoy Making Monsters at home – and starting at the absolute best time! Happy Halloween!” 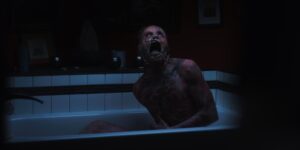 “We at Vortex Media are extremely excited to be releasing MAKING MONSTERS. Justin and Rob bring a passion and enthusiasm to this movie that has translated into a perfect Halloween movie!” – Ron Harrison, EVP Distribution and Marketing at Vortex Media

After playing festivals worldwide such as Fantasy Film Fest in Germany, Toronto After Dark in Canada, Telluride Horror Film Fest in the USA and winning BEST HORROR FEATURE at ShriekFest, MAKING MONSTERS is now available On Demand and on Digital HD in Canada at iTunes, Rogers, Shaw, Telus, Bell and more.

Vortex Media controls the rest of the world rights on the movie. 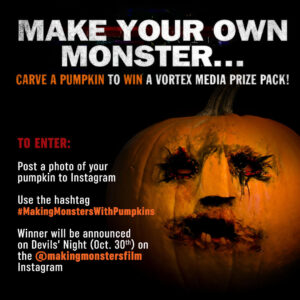 Vortex Media is a boutique studio bringing together global distribution and film and television production across all genres. It comprises three divisions: Vortex Canada, specializing in the theatrical release of feature films and monetization across all platforms; Vortex International, a worldwide sales and distribution company; and Vortex Productions, an in-house production company with the resources to self-finance and produce feature films and made-for-television movies.

The Bokeh Collective is a premium, award winning, full-service production studio based in Toronto, Canada. As a company, we are led by one mission: to bring inspiring, heartfelt, exciting and authentically driven stories to life.

Founded in 2016, our growing professional family is made up of the best-in-class filmmakers, production experts, artists, storytellers and industry leaders in the country. Together as the Bokeh Collective, we have effectively bridged the gap between film, television and commercials by creating content with the highest cinematic production value. To date, we have successfully delivered over 80 hours’ worth of original content for networks, including but not limited to Netflix, Fox Digital Studios, Hulu, REELZ, Discovery ID, the Food Network and HGTV Canada.

We also have worked as creative partners and producers alongside brands such as
the NBA, Spalding, Hyundai, Whirlpool, LUSH, Quaker Oats, the Olympics and Pepsi – to name a few! With over 11 Canadian Screen Awards for directing and writing, one Emmy nomination and over 60 film festival awards worldwide, the Bokeh Collective is just getting started. Every next step we take is towards building a stronger team, community and future we believe in.