Crackle Plus, a Chicken Soup for the Soul Entertainment (Nasdaq: CSSE) company and one of the largest operators of streaming advertising-supported video-on-demand (AVOD) networks, today announced the upcoming content releases planned for November.

Crackle is available in the U.S. on 26 devices and services including Amazon FireTV, RokuTV, Apple TV, Smart TVs (Samsung, LG, Vizio), gaming consoles (PS4 and XBoxOne), Plex, on iOS and Android mobile devices and on desktops at Crackle.com. Crackle is also available in approximately 500,000 hotel rooms in the Marriott Bonvoy chain.

This exciting eleven-part series takes the rich tradition of Lucha Libre wrestling and they throw it out of the ring to an entirely new level. Join these mask-wearing gladiators, (each sporting their own super power) as we watch the forces of good and evil clash in the ring to see who will be the champion of champions and the Heroes of Lucha Libre!

Join host Josh Varozza in this 8-episode Crackle original series as he travels the country to explore alternative ideas of what “beauty” is and challenge many of society’s notions on the subject. Hop in Josh’s side-car on his journey as he visits the world of burlesque, fitness trainers, circus performers, filmmakers, and even…Santa? Put your helmet on, your best face forward, and open your mind, because on Breaking Beauty, you’re in for a wild ride!

This Crackle AVOD exclusive tells the gripping story of Jim Reed (Tom Berenger), an aging vet haunted by the mistakes of his past, who stumbles onto a sack of stolen cash while hunting in the frozen wilderness of Northern Maine. As the criminals search for their money, drawing their net closer and closer to the old man, they soon learn that looks can often be deceiving and some prey become more deadly when cornered. Watch Blood and Money for FREE on Crackle starting November 19th.

New Channels Coming to Crackle in November
This month the Crackle team is showing our fans how thankful we are for them with a cornucopia of tasty Hollywood hits! 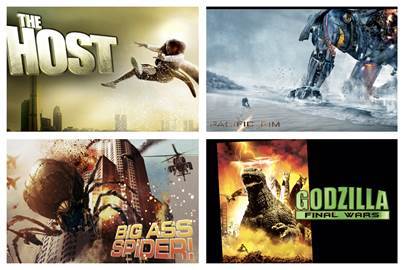 These aren’t your garden variety cute and cuddly creepy crawlies. Get ready to wade into battle against the very worst citizens our universe has to offer with Pacific Rim, The Host, Godzilla: Final Wars, and the sticky cinematic classic, Big Ass Spider. 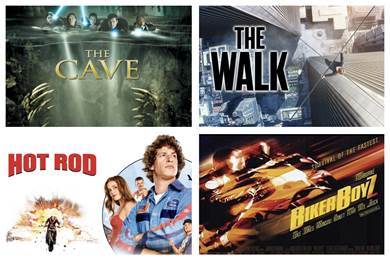 Before Winter brings its chill, get your thrills on with these energy-boosted adrenaline-soaked joy rides like Hot Rod and Biker Boyz, take a deadly dip in The Cave, and suspend your disbelief of falling to your doom in The Walk.

As snow begins to fall, turn up the heat and find some fun in the sun with adventurous hits like Sahara and Ben Hur, dig deep with The Core, and stoke some hot romance with Harrison Ford in Hanover Street.

Tired of how things are going on this planet? Then take a mind-trip to another world with the Crackle original series Spides, discover new comedic life on the 3rd Rock from The Sun, land on the home world of terror with Astro, and battle mutant insects in Starship Troopers 2: Hero of the Federation.

It’s fourth and goal with only seconds remaining! Ensure your gridiron glory with these pigskin classics like the Crackle exclusive documentary ‘85: The Greatest Team in Football History, and feel the laughter and the tears as you sob downfield with Brian’s Song and laugh your way into the end zone with The Gridiron and The Turkey Bowl.

Narrated by Dr. Dre, the Crackle original documentary unfolds the inspirational journey of three-time world heavyweight boxing champion, Lennox Lewis who let nothing stop him from his relentless pursuit of becoming the greatest fighter of his generation. Follow Lennox from his turbulent youth as an aggressive brawling child along his meteoric rise through the boxing world into a world where the champ invests his energy pouring into the lives of the young people around him.

In the future, the gap between rich and poor has increased to the point of life and death. Matt Damon leaves the earth on a one-man mission to bridge that gap and level the playing field forever by breaking into the most heavily secured space-station in the universe. 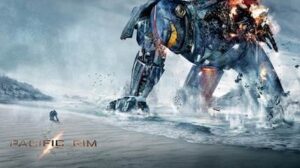 How can earth possibly protect itself from an army of giant monstrous alien creatures? Easy! With an equally ferocious army of giant robots. Who will win? Place your bets and see if humanity can stay in the game!

Based on the 1956 Philipp K. Dick novella, Tom Cruise plays a futuristic detective who uses psychic investigators to stop crimes before they can even start.

Many people think pro wrestling is a sport for cultureless goofballs. Jack Black throws on a cape and stretchy pants and leaps from the top rope to prove them right. Don’t try this at home, but you may still bust a gut with laughter!

In a mythic time when man lived with monsters, the hero Beowulf rises to defend the kingdom from the dreaded creature, Grendel. As he bests his foe, he realizes the only thing worse than battling a monster is then having to take on the monster’s mother!

Breakin’ All the Rules (November 1st)

Jamie Foxx plays the author of a best-selling book on how to end your relationship. He hopes the pen is truly mightier than the sword as he finds himself trying to write his way out of the craziest chapter of his life!

This hilarious series reminds us all that during the holidays, family is the most important thing…or alcohol. One or the other. Join Chris Elliot and Amy Sedaris for this Norman Rockwell series gone horribly horribly wrong.

You think your holidays are tense? Follow the journey of world-famous tightrope walker Philippe Petit as he takes a tension-filled walk of 200 ft. but that he does 1,300 ft. in the air on a wire pulled between the Twin Towers. 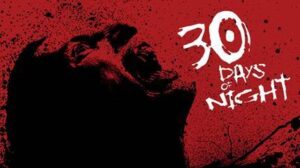 Everyone knows that vampires can’t go out in the daytime. Which is why they LOVE to vacation in Barrow, Alaska as the town descends into a solid month of darkness. Will anyone survive to see the light at the end of the tunnel?

Robert Ri’chard plays a man who takes a job as an exotic dancer just to make ends meet. Even as he strips down, he’s forced to cover up lest his secret be revealed to the world!

“Escape From Area 51” Gets Release Date, Teaser and New Poster