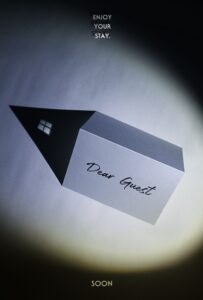 Just in time for Halloween, this bite-sized horror film is available now on Vimeo on Demand and will be streaming on YouTube and Amazon this weekend! DEAR GUEST premiered at the Monaco International Film Festival earlier this year, where it drew comparisons to Hitchcock and The Twilight Zone.

A couple checks into a vacation rental, only to find that the anonymous host likes to play games on its guests. 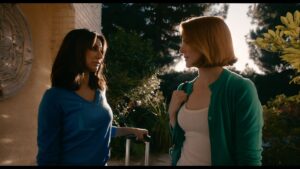 The throwback short film stars Ashley Bell (The Last Exorcism) and Noureen DeWulf (Good Girls) as a couple who soon regrets renting this picturesque home for their long-awaited vacation.

Posters and Trailer Revealed for “The Hunting”