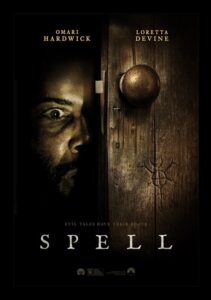 Directed by Tonderai, “Spell” follows a man (Omari Hardwick) who crashes his plane while en route to rural Appalachia with his family for a funeral and awakens to find himself completely alone and without his bearings. Relieved to be discovered by a seemingly kind elderly woman (Loretta Devine), he has no way of knowing the dark machinations that lie in wait as he is pulled deeper and deeper into a sinister world. The film, which stars a predominately Black cast, is one of the first to explore Hoodoo culture. “Spell” was released in select theaters and at-home on PVOD on October 30, 2020. 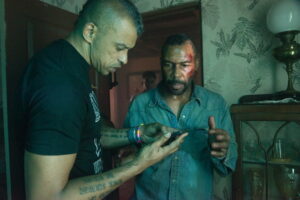 You can check out the trailer here: 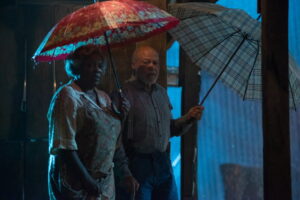 In support of the “Spell” release, we had the pleasure of speaking with the director of the film, Mark Tonderai. He lets us know what the film is about, why he decided to make it, what ‘Hoodoo’ is, what fans can expect to see, and much more. Listen to our interview with him in the video below and don’t forget to watch the film… 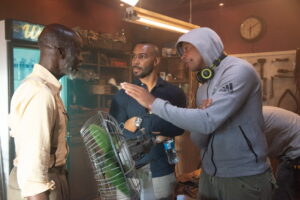 Born and raised in London and Harare to British and Zimbabwean parents, Tonderai started his career in media as a DJ host on BBC Radio 1. He eventually made his way to writing for television, working on ITV’s talk show “Friday Night’s All Wright.” Tonderai made his directorial film debut in 2008 with the British psychological thriller “Hush” (Optimum Releasing). The film, which he also penned, was nominated for a British Independent Film Award. Tonderai is perhaps best known for his work on the 2012 horror-mystery “House at the End of the Street” (Relativity Media) starring Jennifer Lawrence (“Silver Linings Playbook”) and Max Thieriot (“Bates Motel”). The film follows a mother-daughter duo seeking a fresh start in a town with a chilling secret and came in at number one at the time of its releasing, making over $66 million worldwide.

On the television front, Tonderai continues to direct episodic series for major streamers and networks, including Netflix’s “Locke and Key,” Hulu’s “Castle Rock,” and Fox’s “Gotham.” His directorial work on the BBC’s “Doctor Who” earned his episode the Visionary Arts Organisation Award for Television Show of the Year at the 2019 BAFTA in London. The season 11 episode, titled “Rosa,” centers around Rosa Parks and continues to hold a 97% rating on Rotten Tomatoes. As a writer, Tonderai co-wrote the 2001 British comedy “Dog Eat Dog,” starring Ricky Gervais (“The Office”) and David Oyelowo (“Selma”).

Holiday Horror “Dead By Christmas” Out On VOD/DVD Oct 2nd!