After a successful festival run and scoring around ten international awards, the Greek surreal drama EXILE lands at the American Film Market, where it will be screening from the 4th to the 13th of November. EuroObscura, which holds international sales rights for the movie, has released a new trailer ahead of the market. 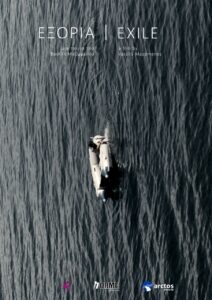 Best feature nominee at Fantasporto 2020, EXILE shows us the fate of a man, stripped of his own identity and destined to be a foreigner in his own country after having been mistaken as a refugee.

The American Film Market will start its first virtual edition on the 9th of November. Beside EXILE, EuroObscura will present NIGHTMARE SYMPHONY, EVERYBLOODY’S END and ILL – FINAL CONTAGIUM. 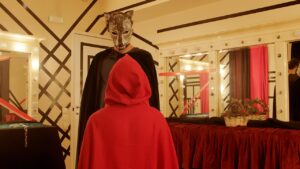 Aris, despairing and desperate, attempts to leave Greece on a barely sea-worthy boat. After being rescued from drowning by the Coast Guard, he now returns as a foreigner in his own ruined country. There he experiences every kind of “sin” as an outcast of the system. He steals; he becomes a slave and kills. He tries to survive off the grid. Is this the story of a modern Ulysses or the nightmare of the 21st Century everyman?

FREE Giveaway of THE NURSERY DVD

Real-Life Horror Stories Told By the Victims in the New Series ELI ROTH PRESENTS: A GHOST RUINED MY LIFE