December to Include the Debut of The Bloodhound

Holiday Seasons to Rollout over the Month:
Naughty or Nice, It’s Cold Outside, Arrow Essentials: Westerns & Eat Drink and Be Merry!

Arrow Video is excited to announce the December lineup of their new subscription-based ARROW platform, available now in the US and Canada. Building on the success of the Arrow Video Channel and expanding its availability across multiple devices and countries, ARROW boasts a selection of cult classics, hidden gems and iconic horror films, all curated by the Arrow Video team. December will include a number of cult classics and new films to keep you warm by the fire this holiday season.

The seasons kick off with Naughty or Nice, featuring tearaway teens and maniacal killers, the worst of Santa’s naughty list: The Violent Years, Bloody Birthday, Children of the Corn, The El Duce Tapes, Doom Asylum, The Hooked Generation.

Lastly, December 1st will include Survivor Ballads: Three Films by Shohei Imamura (Black Rain, The Ballad of Narayama and Zegen), exclusively on ARROW.

The temperature drops and the body count rises December 7th with the It’s Cold Outside lineup, including The Chill Factor, The Deeper You Dig, The Wind, and more to send shivers down your spine.

Also on December 7th, ARROW will add Shogun’s Joys of Torture, a classic Ero guro from writer/director Teruo Ishii, known in Japan as The King of Cult. 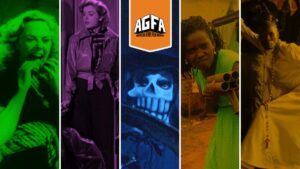 December 11th begins with ARROW’s second team up with AGFA, sharing favorites from the American Genre Film Archive (AGFA). In a partnership with AGFA, ARROW is proud to stream a number of their titles, including Bad Black, Who Killed Captain Alex?, Scary Movie, The Violent Years, and Reefer Madness.

As the holidays go into full speed, ARROW invites you to Eat Drink and Be Merry on December 21st, anchored by a decadent feast of titles including La Grande Bouffe, Microwave Massacre, The Happiness of the Katakurisis, The Stuff, Zombie for Sale, and Return of the Killer Tomatoes.

ARROW is available in the US and Canada on the following Apps/devices: Android (all Android devices), Fire TV (all Amazon Fire TV Sticks, boxes, etc), Roku (all Roku sticks, boxes, devices, etc) and on all web browsers at https://www.arrow-player.com.

From Leal Naim and Thomas R. Burke, producers of The Endless and Synchronic; and featuring some remarkable performances from its trio of lead actors, The Bloodhound leads you on a journey exploring themes that are as relevant to today as ever before, such as the yearning for emotional connection, the perils of social isolation and the fragility of mental health. 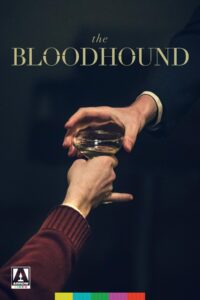 Francis ( Aiken), a dispossessed young man, is summoned to the secluded home of his wealthy childhood friend, JP Luret (Adler), who is suffering from a mysterious affliction. Upon his arrival, Francis realizes that JP and his ethereal twin sister Vivian ( Basso) are the sole surviving members of the privileged Luret family, whose legacy has been one of depression and self-destruction, and the only occupants of their family estate. As the old friends attempt to reconnect, a number of inexplicable incidents begin to occur within the house, and Francis finds himself drawn into a world of malaise and despair, where an act of betrayal might provide his only way out. 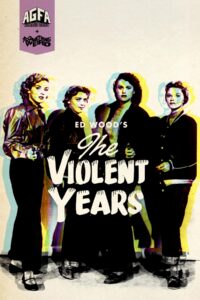 As 2020 comes to a close, Arrow Video looks to the new year and new films. Arrow Video has acquired all rights in the US, UK, Ireland, Canada, Australia, and New Zealand to Jill Gevargizian’s horror-drama The Stylist.

Adapted from Gevargizian’s acclaimed short film of the same name, The Stylist follows a lonely hairdresser who becomes obsessed with the lives of her clients and descends into murderous madness. The cast includes Najarra Townsend (Contracted), Brea Grant (Lucky, Beyond the Gates), and Millie Milan (Bonehill Road).

Arrow Video hopes to release the film theatrically in the UK in early 2021.

Additionally, Arrow Video has acquired all rights in multiple territories on A Ghost Waits and Clapboard Jungle, two of the best-received films from this year’s Arrow Video FrightFest festival. Starring MacLeod Andrews (Doctor Sleep, They Look Like People) and Natalie Walker, A Ghost Waits follows a young man employed to clean a house, only to find out it’s haunted and the spirit wants him out.

Arrow Video has acquired all rights for multiple territories including UK, Eire, US, Canada, South Africa, NZ and Australia for A Ghost Waits.

Clapboard Jungle follows five years of director Justin McConnell’s life and career path to get a feature film made. Featuring interviews with filmmaking legends including Guillermo del Toro, Paul Schrader, George A. Romero, Larry Fessenden, Frank Henenlotter and more, the doc has been met with huge acclaim from festivals around the globe, including Fantasia, Sitges and Arrow Video FrightFest.

Arrow Video has acquired all rights for the UK, Eire, NZ and Australia, and additional home video rights for Canada for Clapboard Jungle.

Arrow Video is planning digital and physical releases for both titles in Spring 2021.