We continue to spotlight authors both new and experienced. Some with lots of reviews, and some looking for their first. Luckily, we just got to talk with author Jack Pierce, who had three of his books hit #1 on the Amazon horror charts in October 2019. With the recent release of his book, ‘The Snow White Murders,’ we thought it was the perfect time to talk to him about it, some of his other titles, how he ended up writing horror, and more…

-PH: So what is ‘The Snow White Murders’ about?

-Jack: It’s about a cop who goes undercover as a therapist to determine which patient killed Dr. Morris.

-PH: What more can you tell us about the major characters, and what they will be going through?

-Jack: The main character’s name is Sam Wolfe. He’s a detective with the Eden, Florida police department. Dr. Morris was found dead in his office a month ago, and they are trying to piece together who killed him. Out of options, Chief Harris comes up with the idea for Sam to use his Psychology degree to pose as a doctor and “interview” the patients to see if one slips up. The story evolves from there into a massive conspiracy!

-PH: The title is very catchy. How did you come up with it for this story?

-Jack: It was originally called “Black Sun,” but that title was scrapped. The book has a lot of mentions of “pale white snow,” which is actually ash. So it just sort of popped up. I wanted something in your face where you would think, “Oh my god, did she finally go nuts with an ax and kill the dwarves.” Read it and find out if that happened in one of the nightmare scenes!

-PH: Is this the first in a series of books? If so, what can you tell us about what you have planned for this series?

The sequel to The Snow White Murders is called Dreamer, where a man named Jim Grant takes his granddaughter to a company that puts her in stasis until they can find a cure for cancer. The company has a machine that can transport the family members into “The Dream World,” where they can visit their loved ones who are in stasis. The story becomes a huge journey through parallel worlds that I won’t spoil, but it’s great. Just came out on 11/30/2020.

-PH: How does this book compare to some of your other titles?

-Jack: They are all different. I believe Dreamer is the most ambitious out of all of them since anything can happen inside “The Dream World.” 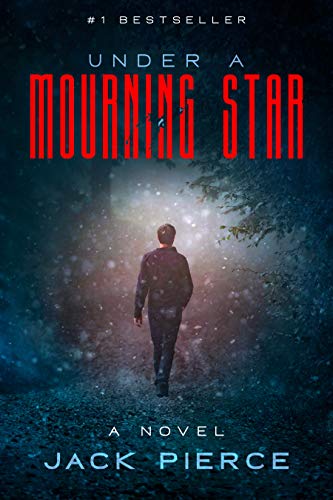 -PH: Speaking of other titles, lets talk about a couple of other ones like ‘Under a Mourning Star.’ What’s that about?

-Jack: That one is about a cop who goes back to his hometown to find out what killed the entire population overnight. It turns into yet another large conspiracy that ends up turning into a global conflict! Lots of espionage, conspiracy, and plenty of horror. It’s a marriage between FInal Fantasy & Silent Hill!

-PH: What do you think readers will like most about this story?

-Jack: Every book is a rollercoaster ride from beginning to end. Very few stops. I want people of all ages to be able to pick up my book and get a 100% clear image of the story without having to grab a dictionary or decipher purple prose. I feel like a reader shouldn’t have to struggle to understand what’s being said. 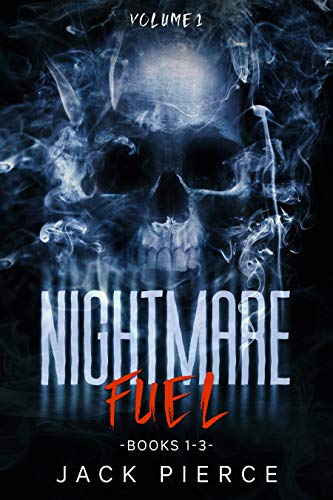 -PH: And ‘The Nightmare Fuel Series’ is now several books in. How would you describe the series overall to someone who hasn’t read it?

-Jack: I set out to make a new series akin to goosebumps, but my writing style doesn’t work for children. So it’s goosebumps for adults, I guess.

All of them are short horror + mystery hybrids. All standalone, so pick whichever you think sounds good! They are all tied to the main series, but they are more like side stories inside that world.

-PH: When you first started the series did you think it would have turned out like this?

-Jack: The strange thing is it all started with Under a Mourning Star, which is a combination of two radio dramas I wrote and was going to perform on YouTube. One was called “The Norcastle Murders,” and the other was “The White Room.” I recorded two episodes of the White Room (which are now lost, unfortunately), and it was such a big hit people told me it should become a novel. So it did!

I had no idea that I would ever write a book again after Under a Mourning Star. I wrote it during a tough time in my life, and I wanted to make a world I could escape to. It eventually evolved into eight different books so far.

I love the world that I’ve crafted, and I miss all the people I’ve met inside after I finish writing a book. I can never see a book the same after it’s published. Once it’s out, it’s out. It belongs to the fans, not just me anymore.

So I can’t mess with stuff and make it “better” as George Lucas did with Star Wars. So once it’s over, it’s over. It’s a lonely feeling, but I’m happy that people will be able to experience it for themselves!

-PH: Several of your books have hit #1 on Amazon, and have gotten some great reviews. What does that mean to you?

-Jack: I told myself, “If I sell ten copies, I’ll be satisfied.” With no promotion, Under a Mourning Star sold 14 copies on day one. I was happy about that and never thought it would go anywhere beyond that, and it didn’t for a long time.

October 2019 came, and we sold thousands of copies of Under a Mourning Star plus around 750-1000 of each nightmare fuel due to the Halloween push. We did the same this past Halloween as well.

It’s just pure luck. I don’t attribute it to skill at all. I try not to be that kind of person. I thank god it happened, and I am overjoyed that people read my stuff and enjoy it.

I genuinely love my readers and always keep them in mind when I write stories because this world I’ve created is no longer just mine. It belongs to everyone who opens one of my books.

-PH: Why horror? When did you first become a horror fan?

-Jack: The second rated R movie I ever saw was Scream. The first one was Con Air. Still love both movies. My sister and her friend were talking about the first scream movie, and I was born in 89, so I was about 5 or 6 when it came out. I remember hearing about a guy on the phone and a girl getting caught in the garage door. I had all these trippy visions of what the movie would be like. One being like a game show on floating platforms where the killer was on one, and if she got it wrong, she dropped. I don’t know why, but my mind has always been very vivid. I have nightmares every night and those become books now.

I eventually borrowed the tape, watched it, loved it, then got into all the other horror classics and wanted to make movies, but when you are 10, you don’t have the equipment, money, talent, none of it to make those movies, so I started writing horror stories. I have a page, or two long write up on my website jackpiercebooks.com that describes it in more detail if people wanna read that.

-PH: Do you think you would have become a writer without becoming a horror fan?

-Jack: Probably not, honestly. I was never into books as a kid; it was always about horror movies. Back then, kids weren’t allowed to see those movies, but there was always that one kid that did who would tell you about them. It sparked my imagination and made me wanna be a horror author. I started with obvious stuff like fan fiction about hellraiser or self insert stuff or silent hill kind of stories when I was a kid. I was in detention a lot, so I had plenty of time to write, so who knows? Maybe I would have become an author regardless.

-PH: Here’s your chance to promote anything we haven’t talked about. Let us know something more about the ‘The Snow White Murders,’ your other books, what you have coming in the future, or anything else you would like to mention.

We would like to thank Jack for taking the time to answer our questions. Hopefully this was a good introduction to some of his books. They have been getting great reviews so if you’ve haven’t read any yet now is the time. Visit his Amazon page, and find the perfect one for you today!

ESCAPE TO THE COVE – Now Available on Digital & On Demand!