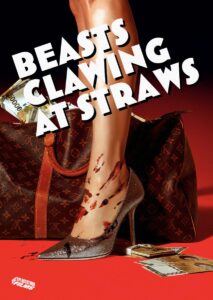 Beasts Clawing at Straws, a wildly entertaining tale of a group of desperate losers and scumbags all on a greedy, violent search for an elusive bag of money, has been getting amazing critical reception since it started its national Virtual Theatrical run a few months ago. The film will now be coming out on DVD, Blu-ray and VOD (iTunes, GooglePlay, VUDU, Vimeo, Kino-on-Demand) December 15th.

“Destined to become a cult classic.” – Starburst Magazine
“Supremely satisfying and suspenseful” – Houston Chronicle
“This is a movie you need to see.” – Cinema365
“This one pretty awesome thriller.” – Search My Trash
“A wicked, twist-filled winner. – Mercury News
“A rollicking thrill ride of a crime caper…” – – KPFK Film Club
“Watch this movie. It’ll be one of the best you watch all year.” – Film Snob Reviews
“A marvelous, dazzling debut…riveting…a must watch.”  – Awards Radar
“A quick–paced & darkly hilarious twisted tale you need to see.”  – Flickering Myth
“A fantastic film for any thriller fan who likes twists, turns, double-crossings, violence, cons, dismemberment.” – Film Threat 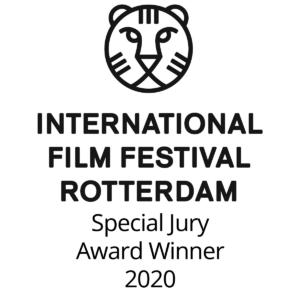 A wild crime thriller about a bag of money left in a sauna and the eight strangers who, spurred by blinding greed, become intricately and dangerously involved with each. A fast-paced Coen-meets-The Grifters tale.

A Luis Vuitton bag stuffed full of cash sends a group of hard-luck lowlifes on a desperate chase for the fortune in this pitch-black neo-noir crime thriller. Fish-mongering gangsters, a greasy cop, an “innocent” gym cleaner, a prostitute, her wife beater of a husband, her ruthless boss and her clueless boyfriend all violently scheme to get their hands on elusive the bag. First time director Kim Yong-hoon’s witty thriller is a beautifully constructed puzzle that with each double-cross, the pieces fall into place.

Starring Jung Woo-sung from Asura: City of Madness and Jeon Do-yeon, award winner in Cannes for her lead role in Secret Sunshine.

THE BURN OVER DISTRICT Trailer and Poster