Happy Face is the perfect film to watch when you want the evils of the world to disappear for a little while.
THN

There’s real heart at its core, and its nakedly empathetic yet unbeatific treatment of its unconventional cast is something rarely seen in cinema.
Birth.Movies.Death

this is one phenomenal ensemble.
FILM THREAT

Happy Face can certainly play a part in showing the world that looks aren’t everything, and that everyone has a valid personality.
READY STEADY CUT

A funny, difficult and in the end deeply affecting story to which anyone who has ever felt estranged
SCIFI NOW

An inspiring and beautiful story
AIPT 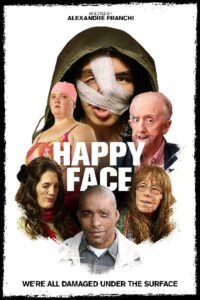 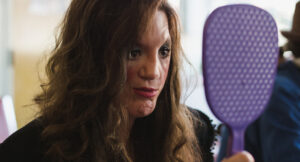 Estranged from his manipulative cancer-stricken mother, Stan, a quixotic 19-year-old, dons a disguise and joins a therapy workshop for disfigured patients in a misguided attempt to reconnect with her. But when his deception is revealed, Stan, who is desperate to gain coping skills to care for his disease-ravaged mother, offers the afflicted patients a bargain: he stays with the group, and in exchange he teaches them how feel good about themselves : by using their “ugliness” as a weapon against our beauty-obsessed culture. 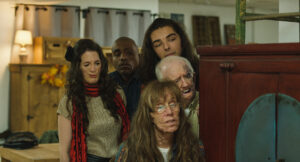 The film features music from the Violent Femmes & more.