February Kicks off with Romance in A Ghost Waits

Streaming February 1 Alongside Dave Made a Maze

Arrow Video is excited to announce the first wave of the February 2021 lineup of their new subscription-based ARROW platform, now also available to UK subscribers, joining the US and Canada. Building on the success of the Arrow Video Channel and expanding its availability across multiple devices and countries, ARROW boasts a selection of cult classics, hidden gems and iconic horror films, all passionately curated by the ARROW team.

February gets audiences in the mood for romance with Adam Stovall’s haunted love story A Ghost Waits. An ingeniously unique and unpredictable combo of horror, humor and heart, A Ghost Waits is a DIY labor of love years in the making from first-time writer/director Adam Stovall and producer/star MacLeod Andrews (They Look Like People, Doctor Sleep). A Ghost Waits streams exclusively on ARROW in the US, Canada and the UK.

February will also see the ARROW bow of Dave Made A Maze, the Slamdance Audience Award winner starring Nick Thune (Mr. Roosevelt). Bill Watterson’s offbeat comedy centers on an artist who builds a fort in his living room out of pure frustration, only to wind up trapped by the fantastical pitfalls, booby traps, and creatures of his own creation.

A Ghost Waits and Dave Made a Maze join a lineup of available titles including the sleazy music documentary The El Duce Tapes and new genre standouts The Bloodhound and After Midnight. Upcoming months will see the exclusive premiere of Jill Gevargizian’s festival favorite The Stylist in March, and Justin’s McConnell’s must-see indie filmmaking documentary Clapboard Jungle in April.

Stateside fans of ARROW will also enjoy new lineup standouts Attack of the Killer Tomatoes, Landmine Goes Click, and Meatball Machine. John DeBello’s Attack of the Killer Tomatoes, “hailed” by Variety in 1978 as not “even worthy of sarcasm”, features sentient tomatoes rising up against the human race, and has become a cult classic, spawning three sequels and an active franchise, including an animated series for kids.

Landmine Goes Click is a diabolical thriller following a hapless American tourist trapped standing on an active landmine. Vacationing in a mountainous region of Europe, he steps on a landmine that threatens to go off if he moves, forced to watch as his girlfriend becomes a victim in a sadistic game of humiliation.

Later this month ARROW will drop the backwoods creature feature Jug Face, which premiered at Slamdance and was later lauded by Bloody Disgusting for its “strong performances” and Cropsey, a documentary about a New York City urban legend boogeyman.

Expanding beyond premium feature film presentations, ARROW will also feature brand-new shorts from established and upcoming filmmakers such as Brian Lonano and Jim Cummings, original ARROW productions, and curated seasons from longtime friends of the label.

ARROW’s Digital Deluxe editions include rarely seen and newly created extras and exclusive interviews, to take audiences deeper into the films they love, while ARROW Essentials curates collections based on genre, decades and themes; and ARROW Stories takes a fresh look at the world of film and TV with exclusive documentaries, interviews and video essays diving deeper into the many curated seasons and titles on the platform for a richer and deeper viewing experience. 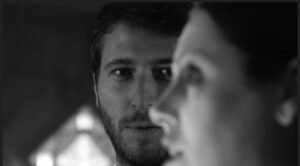 A Ghost Waits has screened at festivals around the globe, including Arrow Video Frightfest London and Glasgow, Ramaskrik in Norway, and Screamfest in Los Angeles, where the filmmakers took home the awards for Best Picture, Best Director for Stovall and Best Actor for Andrews. The film has has been hailed as “chock full of delightful narrative surprises, imaginative genre tweaks, and warming performances” by the Guardian and “an unexpectedly heartfelt gem of micro-budgeted filmmaking” by Cine-Vue.

Tasked with renovating a neglected rental home, handyman Jack (MacLeod Andrews) quickly finds out why the tenants keep leaving in droves – this house is haunted. The ghost in question is Muriel (Natalie Walker), herself employed from beyond the veil to keep the home vacant. Against the odds, Jack and Muriel find they have a lot in common… pulse notwithstanding. Having found a kindred spirit in an otherwise lonely existence, they must fight for their newfound affection as pressure mounts for them each to fulfill their “cross-purposes”. 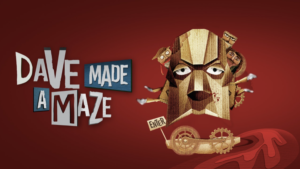 Meet Dave. Dave is stuck in a maze. A maze he made. Out of cardboard. In his living room…

While his girlfriend Annie is out of town, Dave decides to build a fort in his living room from cardboard boxes – only to become trapped in a world that he himself created. It’s up to Annie and an oddball group of friends to rescue him, avoiding booby traps, giant human-eating Tiki faces, a bloodthirsty Minotaur and fatally painful puns along the way.

In a homage to fantasy adventure films from the 1980s, Dave Made a Maze features incredible and imaginative production design that literally takes you out of this world, and into the chaotic and creative mind of debut director Bill Watterson. Dubbed as a “homemade Labyrinth for adults”, this critically acclaimed indie offers a modern comedic edge and an even higher body count. Come and enter Dave’s maze – but be wary of finding your way back out! 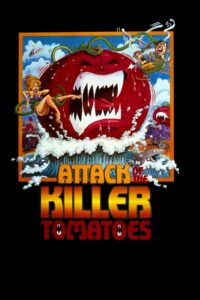 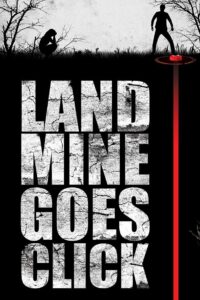 Specially curated by members of the ARROW team, ARROW is home to premium film and TV entertainment, exclusive new premieres, cutting edge cinema, international classics and cult favorites – such as the works of Lars Von Trier, Brian De Palma, Dario Argento, David Cronenberg and Park Chan-wook – plus the very best in acclaimed TV series, including “The Bridge” and Italian crime series “Gomorrah”, and brand-new short films from both new and established filmmakers.

ARKANSAS – Available on DVD and Blu-ray May 5th