Paradise Cove, out Feb 12 from Quiver, is the story of a contractor and his wife who move to Malibu to flip his mother’s beach house and are terrorized by the deranged homeless lady living under the house. 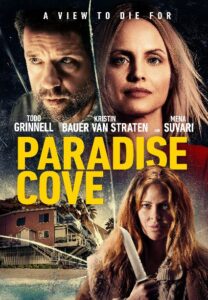 -PH: Congratulations on PARADISE COVE? Has it been a long time coming for you?

-Sherry: Yes, it sure has. I’ve been working on my craft for many years. I started writing this screenplay over six years ago.

-PH: When did you shoot it?

-PH: The film is an effective mix of genres – –  how did you pitch it initially?

-Sherry: A midwestern contractor and his wife go to Malibu to flip his late mother’s beach house and encounter a mysterious lady living under the house who will do anything to stop them.

I also stressed that it was a contained thriller. 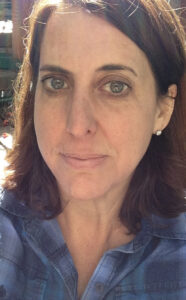 -PH: Was it important to you that the movie be fun but still grounded?

-Sherry: Exactly. Everything that happens to these characters, even the most vicious and crazy personal attacks, are rooted in reality, so the ride is wild but real.

-PH: How long did it take to get out that initial draft?

-Sherry: The initial draft took about six months to expel from my brain.

-PH: How much did the script change over the course of the next few drafts?

-Sherry: Actually, the first draft was a supernatural ghost story. But while ghosts are frightening, there’s nothing scarier than a crazy lady who has nothing to lose. 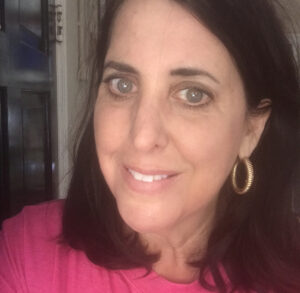 -PH: Is there anything you found more challenging when penning the screenplay?

-Sherry: It was challenging to keep it contained with limited locations. I also wanted to be sure also to escalate the threats, have character-based cat and mouse action versus scattershot events.

-PH: Did you do a Tarantino and cameo in the movie?

-Sherry: I’m in the bank scene reacting to Knox slamming the counter.

-PH: Any advice for those looking to write a movie? Should they write with a budget in mind? The resources available to them?

-Sherry: Keeping an eye on budget is always important. You want to be able to finish your movie. Mine went over budget because we used a ton of green screen because the surf was too loud in Malibu. We had to shoot a lot in studio. But I did have access to a practical beach house—And that was the launching pad for making a compelling thriller, a location we haven’t seen there since “Mildred Pierce,” so I used it!