Dark Matter TV – Get freaky with Dark Matter TV’s list of 15 Frightfully Fresh features to check out this February: 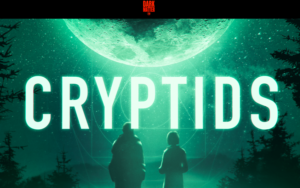 The first season of the sci-fi mystery podcast, Cryptids, has an innovative visual element that allows listeners to dive deep into the mysterious monster hunt of lunar dimensions, following the story of a conspiracy radio show host and an avid listener who are in search of an afterlife. But instead, they find a truth beyond their wildest nightmares. In this female driven, sci-fi audio drama, you’ll meet monsters, aliens… and the ultimate grim reaper.

A retired mobster goes on a revenge spree after being left for dead with 22 bullets in his body by his former childhood friend.

The son of a hangman gets involved in a gunfight with the men who killed his father. When one of these men is killed, the son is arrested and tried by the territorial hanging judge. The young man’s fate is now in the hands of another hangman. 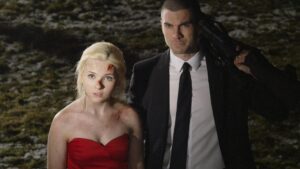 A man teaches a young woman how to become a complete weapon. Later she is approached by a group of sadistic teens that kill blonde women for unknown reasons. The hunting season begins.

An agoraphobic father teams up with a renegade priest to save his daughter from the clutches of a gang of twisted feral children who committed an act of violence against his family years earlier.

Some say Bigfoot is just a hoax but when a group of hikers go deep into the woods after being warned by a guide that has encountered a Sasquatch, they decide to ignore him and go off trail, but the deeper they go into the woods they realize that they are not alone. Becoming hysterical as night falls, the group is terrorized to their core and accidentally shoots and wounds a Sasquatch. Legend says the Bigfoot species simply want to be left alone but when provoked, they will protect their territory and in this case the damage has been done and there is no turning back.

A scientist invents a time machine that transports him six months into the future.

Also known as St. George’s Day, the crime/action follows two infamous London gangsters, Mickey Mannock and Ray Collishaw. Both men are top of the food chain when their world is turned upside down as they lose a shipment of the Russian Mafia’s cocaine.

450,000 years ago our ancestors descended from the heavens to engineer the first human beings. To us they were Giants that ruled as Gods over mankind. Now new evidence and scientific research acknowledges their existence on earth but reveals when they will return. The truth of their real origin and purpose is much more bizarre and amazing than anything previously believed. From the Garden of Eden to the Great Flood; from the God of the Bible to the secrets of Enoch all shall be revealed.

A drug that alters perceptions during trauma and stress is being advertised as a cure for socio-political tensions. Several couples volunteer for human trials but end up with more than they bargained for.

Known as Devils in the Darkness, Mike is studying for his med school entrance exams, and wants a job that will leave him time to study. He is hired to help Mr. Pinborough, a wealthy recluse who lives in the woods, and requires constant care. Mike’s job is to assist the head caregiver Robin. Soon, dark creatures will haunt him.

A bounty hunter named Attica Gage tracks down criminals in a post-apocalyptic Earth.

Los Angeles private investigator Harry Moseby (Gene Hackman) is hired by a client to find her runaway teenage daughter. Moseby tracks the daughter down, only to stumble upon something much more intriguing and sinister.

A girl and her friends find a game in the attic that summons a creature known as The Midnight Man, who uses their worst fears against them. 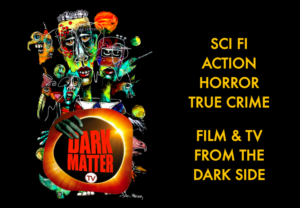 Join the dark side today by downloading Dark Matter TV app for free on any smart device here on the app store, on Google Play or by visiting: http://www.darkmattertv.com.

For more information about the Cryptids podcast, follow them on Twitter (https://twitter.com/cryptidspodcast), visit https://www.cryptidspodcast.com/ or watch here on Dark Matter TV: https://www.darkmattertv.com/shows/cryptids.

About TriCoast TV: TriCoast TV is a premium provider of genre content for fans worldwide. The company is also located at the TriCoast Studio facility in Los Angeles. For more information, please visit: http://www.darkmattertv.com.

Sunday Scares: “What We Leave Behind”