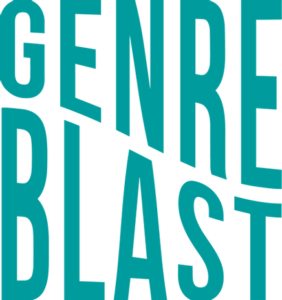 The next step in GenreBlast’s evolution is a production company that follows the same work ethic and independent spirit that has made the film festival one of the fastest growing, most talked about, and celebrated genre film fests in the world. GenreBlast Films aims to help truly independent genre films get off the ground and up and running. From acquiring intellectual property rights and crowdfunding  and fest submissions, to production coordination and securing film distribution, GB Films is there with you every step of the way to ensure your indie genre film gets made the right way.

In addition, GB Films has already locked on to their next two projects. “Trucksquatch”, a horror/comedy about Bigfoot and racism directed by Hale and written by Hale and Ludwig, as well as the feature film debut of Ludwig and Farmer, a one-location crime/horror/thriller tentatively titled “The Inferno Debt”. GenreBlast has a few more projects in their sights as well with their details to be revealed later in the year.

Filmmakers interested in working with GenreBlast Films to get their film made can email inquiries to genreblastfilms@gmail.com