Concept Media has signed Shawn Burkett’s Don’t F*ck in the Woods 2 as well as his upcoming Bigfoot movie Stranded to Wild Eye Releasing for distribution. There are also new stills from Stranded.

“We are excited to be working with Wild Eye on distributing these movies. We believe they are a great fit in their catalogue and will get them out to horror lovers everywhere!” Chris Gierowski – Producer 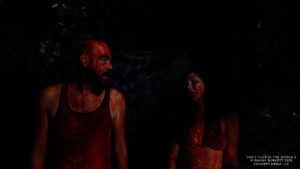 Don’t F*ck in the Woods 2 is the sequel to the original controversially titled film that made waves in the indie circuit in 2017. Piracy also boosted its popularity, causing it to briefly become one of IMDb’s top 50 popular movies that year.

Synopsis: The counselors of Pine Hills Summer Camp are getting the grounds ready for the season. While they set up, a mysterious girl enters the camp after a night of bloodshed. And there are things following her as well. 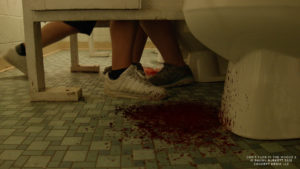 Along with DFITW2, Wild Eye will also be releasing the Bigfoot movie Stranded. Due to the pandemic, production had to be shut down after shooting 75% of the film. The dates are being worked on now to finish the film as things open up and vaccines are available to the public.

“I’ve always been a creature feature fan. Bigfoot movies are some of my favorite. Sasquatch (The Untold), Exists, and Legend of Boggy Creek to name a few. And there are definitely some homages to them.” Shawn Burkett – Co-Writer/Director

Synopsis: After the death of their mother due to cancer, her children go to spread her ashes where she requested. Along the way, their car breaks down in the woods and they are begin to realize that a very tall, very hairy creature is lurking outside.

Both films have a TBD 2021 release date.