Science can reach unimaginable limits when emotions come into play. “LIKE DOGS”, directed by Randy Van Dyke, follows a group of young scientists who lose their sanity in the quest to experiment with human behavior. Mengele’s spirit haunts this story where there is also place for a furious rape revenge. 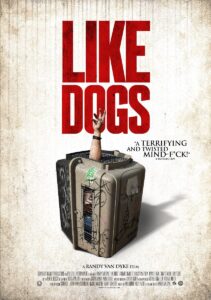 A behavioral experiment treating humans like animals goes awry when a university student manipulates the research with deadly results.

A story full of tension that combines the scientific madness of “RE-ANIMATOR” with the survival horror of “YOU´RE NEXT”.

“Killer Piñata 2: More of Them” Launched on Crowdfunding Site Kickstarter