“one hallucinogenic nightmare of a movie” – Nerdist

“sinister, shocking, and unlike its title, far from sweet” – Slash Film 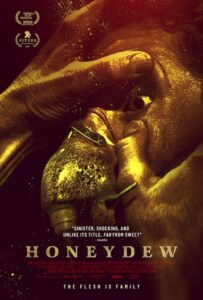 Sunday Scares: “The Rule of Three”

A Man Turns His Quarter-Life Crisis Into a Hunt for Bigfoot in APE CANYON, on VOD April 16