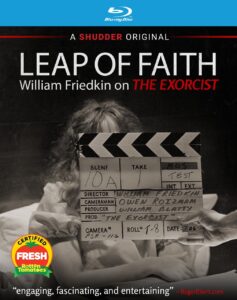 “Friedkin is as deft a storyteller on camera as he is behind it.” – Variety

“insightful, thought-provoking, and candid…a must-see for anyone who loves The Exorcist” – Daily Dead 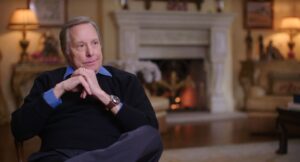 Written and directed by Alexandre O. Philippe (78/52: Hitchcock’s Shower Scene, The People vs. George Lucas), LEAP OF FAITH: WILLIAM FRIEDKIN ON THE EXORCIST stars William Friedkin (To Live and Die in L.A., The Exorcist). RLJE Films will release the film on Blu-ray for an SRP of $28.96. 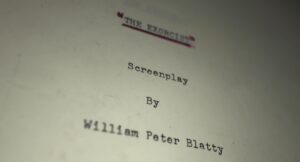 LEAP OF FAITH: WILLIAM FRIEDKIN ON THE EXORCIST is a complete dissection and sweeping examination of the award-winning genre classic The Exorcist. Explore the uncharted depths of William Friedkin’s mind’s eye, the nuances of his filmmaking process, and the mysteries of faith and fate that helped shape his life and filmography, as told by the man himself.

LEAP OF FAITH: WILLIAM FRIEDKIN ON THE EXORCIST iTunes Extras include the following bonus features:

LEAP OF FAITH: WILLIAM FRIEDKIN ON THE EXORCIST BLU-RAY 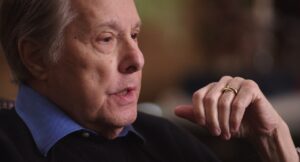