Moby Dick is back. 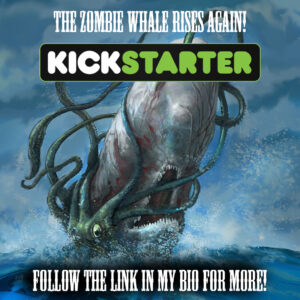 On March 24, horror comic creator Matt Schorr resurrected the white whale once again on Kickstarter, this time to crowdfund the fourth comic book of his high seas terror tale. His first three campaigns were all successful, and he hopes to continue that trend with the penultimate chapter in his frightening tome.

Click here to check out the latest Kickstarter campaign.

“Moby Dick: Back from the Deep is about the white whale reappearing in modern times,” Matt explains. “Now, it’s a zombified beast roaming the seas, bringing chaos and destruction to anyone unlucky enough to be in its way. In this story, that happens to be the beachfront community of White Sands Beach.” 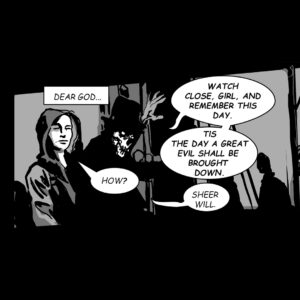 The first three issues saw the whale attack beachgoers, fishing boats and the Coast Guard, while the outgoing mayor’s daughter, Katherine Barlow, met with the mysterious – and undead – crew of the Pequod. Captain Ahab and his crew tell her they’re cursed to hunt the whale for eternity, never knowing peace until they finally slay the beast. 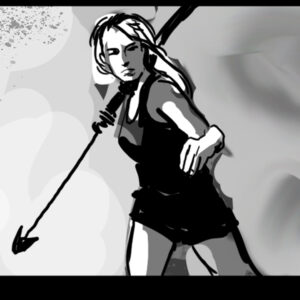 Moby Dick: Back from the Deep began, and in fact continues, as a webomic. Matt published the first pages more than two years ago in 2018, and since then, he’s endeavored to publish a new page every week. It’s available at www.backfromthedeep.com.

“Everyone’s welcome to read it there for free,” Matt said. “Of course, I’d also love for them to order copies on Kickstarter too.”

Matt’s hometown of Clarksville, TN, likely knows him best as the weekly humor columnist of The Hard Way in the Leaf-Chronicle, an ongoing saga of the trials and tribulations of an unlikely family man.

If you ask when he started writing, he’ll tell you, “As soon as I learned to read. My parents have a picture of me as a kid at the beach, and I’m writing a story on a paper towel about sharks attacking people.”