A Blood-Curdling Tale Of The Affection Of One Mother For Her Son And Her Son’s Struggle For Truth, Freedom, And Love… 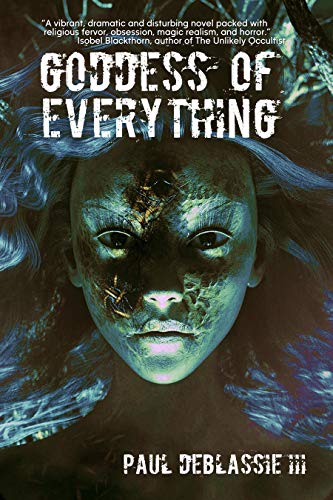 In the mystic land of Aztlan del Norte, a realm of supernatural happenings and unexpected turns of fate, psychiatric healer Gabriél de LaTierra encounters appalling evil within the Orphanage of the Holy Innocents. Children disappear for reasons kept secret by Mother Juana de la Cruz, Superior of the Nunnery and the Orphanage.

It is Consuela who propels Gabriél’s discovery of the nighttime blood sacrifice of children in the desert, a centuries-old ritual that imparts immortality to Mother and her nuns. Gabriél is further enraged by Mother Juana’s vengeful attack on Consuela and her kidnapping of their four-year-old son, Cuauhtémoc. But his actions will determine whether Consuela and Cuauhtémoc live or die, and the fate of Mother Juana de la Cruz.

“A vibrant, dramatic and disturbing novel packed with religious fervour, magic realism, and horror. DeBlassie brings both the natural and supernatural elements of the desert of New Mexico alive in the mind of the reader. Passionate and inspired, Goddess of Everything makes a notable contribution to the Visionary Fiction stable.”
– Isobel Blackthorn, Ph.D., author of The Unlikely Occultist: A biographical novel of Alice A. Bailey

“Goddess of Everything, by Dr. DeBlassie, is a fascinating short read that commences eloquently with a perfect epigraph and an exquisite prologue, preparing the reader for what’s ahead. The book delivers a compelling, semi-poetic discernment that touches the reader’s heart all along the way. One could easily relate to this marvelous work as it incorporates the very psychology of very well-thought-of emotions. The author has persuasively depicted vivid pictures that carry the reader right to the scene. Throughout the manuscript, one couldn’t help but feel a sincerity between the lines, a sentiment that deeply touches the hearts of those who long to perceive what they read. Very well written manuscript–a must-have in everyone’s library.”
~ Dr. Hussam Atef Elkhatib, author of Who Are We: Seeing Ourselves through the Eyes of One Another 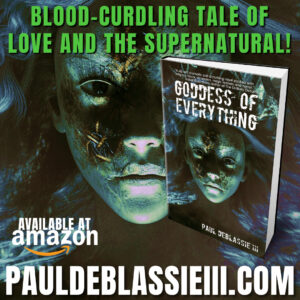 “This is absolutely the definition of a supernatural, psychological thriller. It’s a newer, often unexplored subject that I don’t feel gets touched on to much. It’s fresh. This book is a wild, crazy, edge of your seat ride to the very end. It most definitely is a blood curdling ride…”

“What an unexpected surprise this book was. Mr DeBlassie has one of the most interesting ways of telling a story that I’ve seen in a long time. It’s almost like sitting around a campfire listening to urban legends. This dark thriller with some supernatural aspects was yet again an excellent example of this mans talents, he took the normal good vs evil to a whole new level with exceptional world building and character development. Definitely not for the faint hearted but an AMAZING read.”

“DeBlassie delivers with Goddess of Everything! This thrilling story will keep you turning the page. DeBlassie creates a vivid world for the reader by providing descriptive imagery that is unrivaled. Through the imagery, a dark, twisted story comes alive. Prepare for an unpredictable ride through complicated relationships and mysticism that surrounds the people of Aztlan del Norte. There is darkness and evil trying to be disguised by light, but some can see the truth. Will good prevail over evil?”

Now it’s your turn to read this thrilling story by getting your copy today at: 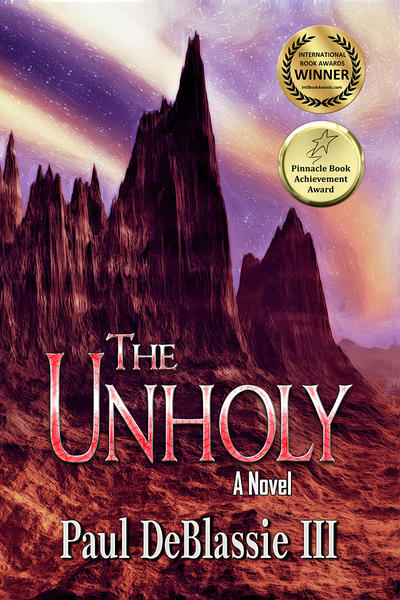 The Unholy is a dramatic story of Claire Sanchez, a young medicine woman, intent on discovering the closely-guarded secrets of her past. Forced into a life-and-death battle against an evil Archbishop, William Anarch, she confronts the dark side of religion and the horror of one man’s will to power.

Set in the mystic land of Aztlan, The Unholy is a supernatural tale of destiny as healer and slayer.

Native lore of dreams and visions, shape changing, and natural magic work to spin a neo-gothic web in which sadness and mystery lure the unsuspecting into a twilight realm of discovery and decision. 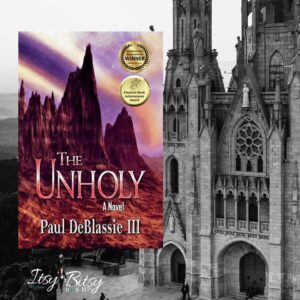 ”Paul DeBlassie III has brought us a richly imagined supernatural thriller set in the high mountain desert of Aztlan, where Claire Sanchez, an herbalist and medicine woman, has come to reclaim her healing heritage and uncover the secrets of her mother’s death. The book digs deep into legend, folklore, and the author’s own imagination to paint a stirring picture of a traditional curanderismo pitted against the oppressive forces of institutional religious power. Make sure you have lots of time; once you start reading this book, it will be hard to put down.” –Stephan V. Beyer, author of Singing to the Plants: A Guide to Mestizo Shamanism in the Upper Amazon

”The Unholy, an excellent novel by Paul DeBlassie III, keeps the reader engaged throughout in mystery, suspense, and church politics. In addition to vividly depicting the beautiful landscape and culture of New Mexico, it exposes and strengthens the traditional work of the medicine women of the Southwest. I am looking forward to Dr. DeBlassie’s next book.” –Eliseo ”Cheo” Torres, author of Curandero: A Life In Mexican Folk Healing, professor, and university administrator

”Paul DeBlassie III has captured the energy and challenges of shamanic healing practices in a book that will keep people reading long into the night. Many speak or write about shamanic experiences or skills with no real understanding; Paul, on the other hand, is the real deal. Enjoy a great read!” –Jim Graywolf Petruzzi, author of White Man, Red Road, Five Colors

-Check out more of his books

NOS4A2 Season 2 on DVD and Blu-ray on October 20th