“A love story between an unhappily married couple… but with zombies, cannibalism, murder, and the Book of Lucifer…” 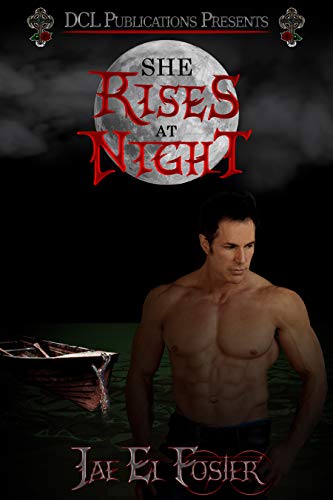 Bob and Karen are, by all regards, an unhappily married couple who has tried desperately to rekindle an extinguished flame. Their last hope for reconciliation is a move across the pond to an old farmhouse by the sea. This farmhouse has problems that are much worse than the constant flooding and the shape of disrepair that shadow over it. It harbors dark secrets, hidden dangers, and a legacy of horrific murders that have followed the structure and those who have inhabited it for well over a hundred years. Bob and Karen have barely survived one another throughout their marriage; can they survive the terrors that dominate their land when the sun goes down? An epic tale of love and marriage blended with the fearful whispers of the Book of Lucifer, the zombie genre finds new life and a new definition in ‘She Rises at Night.’

“Perhaps most noteworthy is the exploration of conflict in varying forms. As a horror related novel, one may suspect the fear elements to be crafted from the supernatural or paranormal, at very least the unexplained. I feel the true horror examined in She Rises at Night is the terror within. Fear of the self. Bob’s darkness may eclipse any semblance of what he once was. Karen’s motives may shadow any sense of integrity she once knew. The ominous, primal evil that lurks without beginning or end creates a bloody good read to be enjoyed time and again.”

If you’re looking for a book that is filled with psychological terror, shocking murder and gore, uncomfortable moments of surprise and realization, and a young zombie named Charity whose hunger is endless, She Rises at Night is the book for you…

Get your copy of this must read new release today at: 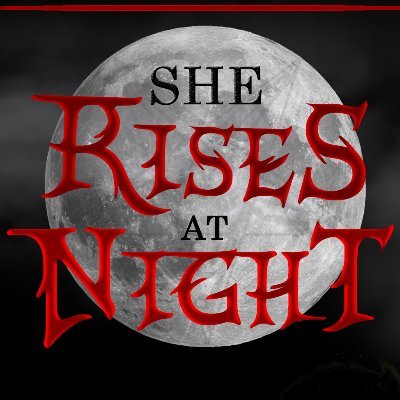 More About the Book Including Quotes from the Author:

“She Rises at Night is best described as a love story between an unhappily married couple… but with zombies, cannibalism, murder, and the Book of Lucifer,” he says of his epic-length book.

Foster’s novel offers an original take on the zombie genre, with a blend of the greatest elements of horror. He says there are equal amounts of psychological terror, occultism, and serial killing mayhem woven together to not only set the stage for the intertwined contemporary drama between the lead characters, but also to set the tone for the zombies.

“These are not your classic Night of the Living Dead zombies,” he says of his creatures. “While my zombies still hunger for human flesh, their existence is very much the result of the House of Horrors that serves as the backdrop for the book. I find it hard to consider them as the villains of the book. The true villain, I believe, is their creator.”

She Rises at Night follows married couple Bob and Karen Granger on their move from Connecticut to an old rundown seaside farmhouse in Europe. The move is a last-ditch effort to rekindle their marriage, but from the moment they arrive at the house, things between them become progressively worse. Paranoia begins to settle into Karen, and her trust toward her husband fades away completely. 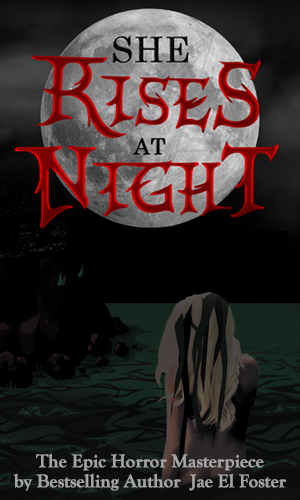 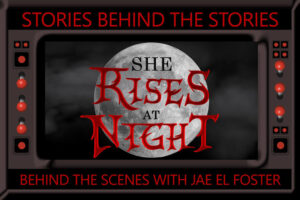 Stories Behind the Stories: She Rises at Night

When the muses speak, Jae El Foster writes, and he has been doing so for nearly twenty years, tackling some of the most intriguing genres out there. Delivering fresh, incomparable tales of horror, science fiction, and romance – sweet or spicy – he pens with seasoned skill the tales that his muses deliver to him.