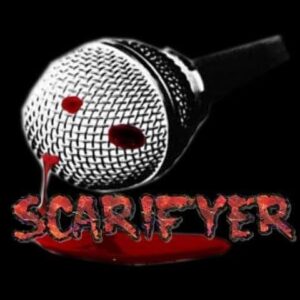 *SPOILERS* On Scarifyer, The King of Monsters clashes with the King of Skull Island in a battle of the Titans.

Writer and Director Adam Marcus has an in depth conversation with the Scarifyer team. In this first half, Marcus covers his early life, breaking into the movie business, and the making of his most known film. Jason Goes to Hell!

Writer and Director Adam Marcus continues his in depth conversation on Scarifyer. Talking about his post Jason Goes to Hell career including bringing Bernadette Peters out of film retirement, the onset turmoils with Val Kilmer, and the butchering of his initial concept for Texas Chainsaw 3D

You can find more of their podcast episodes at:

“This horror movie-themed podcast is a lot of fun! The three hosts have great banter and are very knowledgeable. Definitely check this show out!”