Freestyle Digital Media, the digital film distribution division of Byron Allen’sEntertainment Studios, has acquired North American VOD rights to the buddy comedy-horror feature VAMPIRES ARE REAL. VAMPIRES ARE REAL will be available to rent and own on North American digital HD internet, cable, and satellite platforms and DVD on May 25, 2021 through Freestyle Digital Media.

VAMPIRES ARE REAL is based on the statement: “Assume everyone is a vampire.” Lead characters Stewart and Everett have been best friends since high school, they’ve also been vampire hunters. In fact, vampire hunting is what their entire friendship is built upon. Now adults, Everett wants to move on with his life and do more than hunt vampires but Stewart has problems moving on. Only a Vampire can save their friendship now. 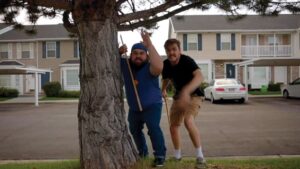 “This is a comedy/horror that can be enjoyed by the whole family. When you watch VAMPIRES ARE REAL my hopes are that you will laugh and enjoy the erratic characters and their improvisation throughout the movie,” said filmmaker J.R. Timothy. “The stakes, pun intended, are heightened to ridiculous levels as these two buddies find the balance of hunting vampires and being best friends forever. You will literally see the visible joy and fun of this movie on all the actors.”

“As a producer a passion of mine is to bring more smiles and laughter into the world,” said producer Wren Barnes. “It’s an honor to bring VAMPIRES ARE REAL to the audience and screen.” 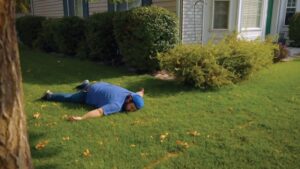