Elin-Margareta Nordin was born on October 22, 1986, in Eskilstuna, Södermands län, Sweden. She started to act in Theater, Commercials, and TV still in her teens. After a year studying at Santa Monica College, Los Angeles, Elin-Margareta returned back home to Sweden and continued to act, she never forgot about Hollywood and still visits and is planning to move back. 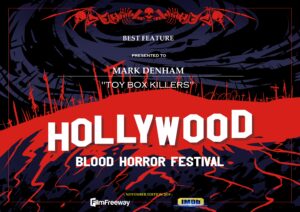 It was in Stockholm that the short movie The Bohemian was born, with friend and filmmaker Linda Sjöberg, the silent movie was created. Both inspiring filmmakers had become friends while working together in theater play Spritfesten (The Alcohol Party) between 2008 – 2010. The Bohemian was released first in 2009 and then again in 2010. Since the work on The Bohemian, Elin-Margareta has continued to act, perform, edit and directed films, series, and theater.

Between 2010- 2018 she lived and worked in London, UK. She has worked on Call The Midwives, Holby City, Angels of Brick Lane, The Ritual, Me, Myself and I, Toy Box Killers and many other films, theater and series. In 2018 Elin-Margareta filmed and edited musicians Claire Hamill & Andrew Warren music video Secrets by Summer. In 2017 Elin-Margareta started to work with the director, producer, and writer Mark Denham on his short film Love and Warheads. They have since then worked together on The Ritual, Toy Box Killers, El Cucuy, Sibling Rivalry, The Untitled Show:. The Interview and After Claire’s Funeral.

Here’s a closer look at some of her films… 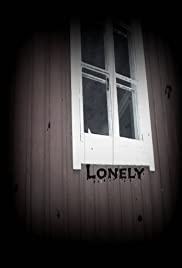 The pandemic is all over the world, BB sits safely and alone in her home.

Directed and written by: Elin-Margareta Nordin

Once upon a time, a boy and a girl met. They like torture, pain and screams. 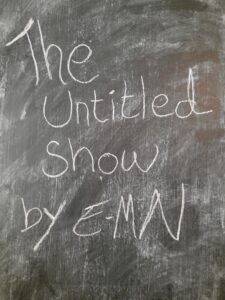 When not acting and directing, Elin-Margareta runs a Supernatural/Mystery web show called The Untitled Show by E-MN, where she talks about cold cases, ghosts and the unknown. It’s released on Acast and Spotify.

Here’s one of her most recent interviews with Mark Denham…