As reported by Fangoria, Brea Grant and Ed Dougherty have optioned the rights to the horror novella The Atrocities, by Jeremy C. Shipp, as the first move as part of their newly launched joint venture, SQUIRREL PARK. 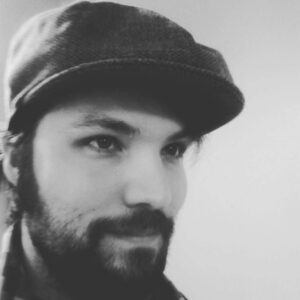 “I have been a fan of Jeremy’s work for a number of years and am excited to bring this new take on the Gothic novel to life on screen,” says Grant. “I immediately knew this was the perfect project to collaborate on. It has one of the greatest all time premises I’ve ever seen in a horror novel and I think it’ll make an unforgettable film,” continues Dougherty.

Shipp calls The Atrocities his love letter to the Gothic genre, adding “my goal when writing the book was to create a modern-day ghost story that utilizes certain tropes of the genre while simultaneously turning these devices on their head. I wanted to explore the dissonance created by colliding the supernatural and the rational, the modern and the archaic. I also wanted to construct a nightmarescape of a house that’s both grotesquely beautiful and beautifully grotesque.”

Grant is set to direct while she and Dougherty will co-write the big-screen adaptation.

The book follows Danna, a modern-day governess who works for the elite and is summoned to Stockton House to tutor a young girl named Isabella Evers. Upon arriving, she realizes her new charge has already passed away, but the girl’s parents insist her ghost is in need of an education.

Danna is a modern day governess who works for the elite. When she is summoned to Stockton House to tutor Isabella Evers, things are not as promised. There is no girl to tutor. She died a few months before but her parents insist her ghost is in need of an education.

Brea Grant is a filmmaker/writer. She wrote/directed the dark comedy heist film, 12 HOUR SHIFT, which premiered at Tribeca in 2020, starring Angela Bettis and David Arquette. It won Best Screenplay at Fantasia International Film Festival. She also wrote/starred in the SXSW 2020 feature, LUCKY, directed by Natasha Kermani. She has also worked as a producer/writer on the Netflix series, EASTSIDERS, and as a writer/director on the CW sci-fi series, PANDORA. She has written a number of comics including her most recent graphic novel entitled MARY about the fictional descendent of Mary Shelley. She co-hosts a weekly book podcast called Reading Glasses with author Mallory O’Meara on the Maximum Fun Network. She started in the film industry as an actress and has appeared on shows like HEROES, FRIDAY NIGHT LIGHTS, and DEXTER, as well as horror films like HALLOWEEN II and the recent indie favorite, AFTER MIDNIGHT. Grant is represented by Marc Manus at World Builder Entertainment and Josh Sandler at Granderson Des Rochers.

Ed Dougherty is a writer/producer/director and graduate of UC Berkeley and the USC School of Cinematic Arts. He cowrote the book adaptation PAINT IT BLACK with Amber Tamblyn which starred Alia Shawkat, Janet McTeer and Alfred Molina and received rave reviews from The New York Times, The Guardian, Variety and Rolling Stone. Their current project together, ALPHA, was in the 2019 Sundance FilmTwo Lab. He’s currently writing a pilot for NBC Universal with director James Gray. He frequently directs videos for Merge Records and other indie labels. Past video work includes artists Aimee Mann, Ted Leo, All Time Low, A Giant Dog, Tracyanne and Danny, Frankie Cosmos, Downtown Boys, Susannah Hoffs of the Bangles and many more. He’s represented by CAA, Epicenter, and Hansen, Jacobson, Teller, Hoberman, Newman, Warren, Richman, Rush, Kaller & Gellman, LLP.

Jeremy C. Shipp is the Bram Stoker and Shirley Jackson Award-nominated author of The Atrocities, Bedfellow, and Cursed. Their shorter tales have appeared in over 60 publications, including Cemetery Dance and Apex Magazine. Jeremy lives in Southern California in a moderately haunted Farmhouse. Their twitter handle is @JeremyCShipp.

Red Cape Publishing are Proud to Announce the Release of Six! by Mark Cassell on May 12th