Featuring the most Twisted Independent Films from around the world 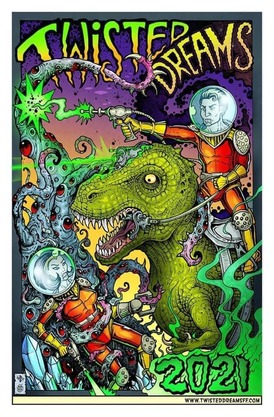 It is finally time for Twisted Dreams to bring you the 6th annual Twisted Dreams Film Festival. Last year was the first time we did a virtual event, and it was such a huge success that we are going to do it again this year. Due to the overwhelming success we have increased our staff and will be expanding to a 10 day festival (June 4th-13th). To purchase passes for the online event please click the link http://www.twisteddreamsff.com/

We are proud to have an amazing panel of judges this year. Our feature judges will be the legendary actor Mark Metcalf as well as the director of our jury feature for the film H0us3 Manolo Munguia. Judging the short films this year is Kevin McTurk, winner of the jury short for The Haunted Swordsman, R. Michael Gull, star of the film Cactus Jack, and World Famous Comic Nate Ford. The Wisconsin short film judges will be screen writers the “Them Thornton Brothers”, Jason and Chris Thornton. http://www.twisteddreamsff.com/judges.html

BLOODY HELL is Coming to Shudder!