HNN Presents: Everybody Gets Stabbed is being released by Bayview Entertainment on June 29th, 2021 but you get request to get stabbed on pre-order today! 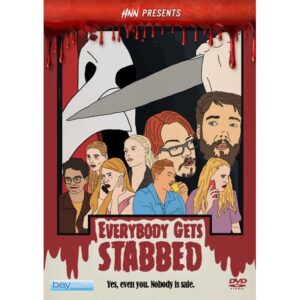 HNN Presents:
Everybody Gets Stabbed at Walmart
https://www.walmart.com/ip/Hnn-Presents-Everybody-Gets-Stabbed-DVD/371385998

Everybody Gets Stabbed at B&N
https://www.barnesandnoble.com/w/dvd-hnn-presents-everybody-gets-stabbed/36271049

Everybody Gets Stabbed at TCM
https://shop.tcm.com/hnn-presents-everybody-gets-stabbed/012233534726

Everybody Gets Stabbed at FYE
https://www.fye.com/hnn-presents–everybody-gets-stabbed-aec.bavw3472dvd.html

Everybody Gets Stabbed at Oldies
https://www.oldies.com/product-view/79154T.html

Everybody Gets Stabbed EVERYWHERE!!!!!

Official Trailer & Poster: THE RISE OF THE BEAST