The weekend of 5th – 6th June will see darkness fall inside the screens of Premiere Cinemas Romford as the creators of the annual Romford Film Festival take on a scarier feat. The team have brought together over 60 scary independent movies to the heart of Romford from across the globe – to ensure cinema goers are buried by a cacophony of shocking thrillers and spine- chilling horror. 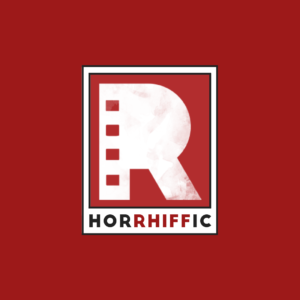 Films over the weekend include ‘Guns Akimbo’ – starring Harry Potter’s Daniel Radcliffe in a way you would never expect, as he plays a video game developer who inadvertently becomes the next participant in a real-life death match that streams online.

“Gun’s Akimbo is like a ‘Black Mirror’’ episode on steroids!” says Festival Director and Horror Expert Spencer Hawken. “It is funny, and shocking, and cynically dark all at once. This is a Saturday night highlight of the festival that you won’t get to see on a big screen again!”

The festival will also introduce us to Horror in all of its forms with documentaries, such as ‘Witches of King’s Cross’ – a genre-bending biopic of a fearless rebel outlaw in 1950’s Sydney; short films, such as locally made ‘The House At The End’  – a black and white silent horror about a demonic residence, and a special ‘Pandemic – made’ category of films called “Cheap Thrills” which will show two hours of films made during lockdown!

“One of the darkest films we have this year is actually a seemingly cute animation called ‘A Piglet’s Tale’ which will be shown at 4pm on Sunday – this is not for the faint hearted and even left some of our festival judges speechless!” says Spencer. 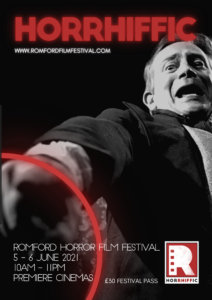 In traditional festival style – there will be special happenings throughout the weekend – including a special guest video introduction to ‘The Exorcist: Directors Cut’ by Pazuzu actress Eileen Dietz and an awards event on Sunday evening to celebrate the best in show!

Tickets to the weekend are available from www.romfordfilmfestival.com with a full weekend pass costing just £30.00 – including a special weekend goodie bag of merch – but be quick – tickets are limited and selling out fast!