A NEW BRITISH THRILLER FROM CLARKE & GERRARD TO BE RELEASED IN 2021.

WINNER OF THE ‘BEST HORROR FILM IN PRODUCTION’ AWARD AT GRIMMFEST. 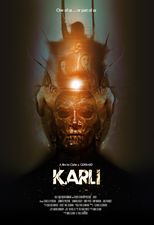 KARLI has a terrific cast of some of the best up-and-coming British Actors. Damien Ashley is Kyle a man who believes he is being hunted by supernatural killers. He will do anything and everything in order to find sanctuary. Jennifer K Preston is Amanda, a woman grieving over the death of her husband and looking for a clean slate. Isabella Percival is late teen who doesn’t want to leave her childhood home. She has a girlfriend and wants to remain close to her. Clarke & Gerrard have created a British Horror that steadily builds to a thrilling climax. With unsettling scenes and imagery combined with drama throughout, KARLI is a perfect antidote for those craving new horror during the days of lock-down. 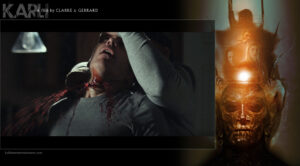 SYNOPSIS: After witnessing the brutal murder of her husband, Amanda (Jennifer K Preston) decides to start a new life with her teenage daughter Karli (Isabella Percival). They leave their family home to set up a new business in the countryside – running a picturesque Bed & Breakfast far away from the hustle and bustle of city life. Before they have even had chance to open, their lives are interrupted by the arrival of Kyle (Damien Ashley). He pleads to be given a room for one night due to his car breaking down close by. His request is accepted, but that one night turns into more. Karli notices something isn’t quiet right about their guest. He soon admits that he is on the run and that he desperately needed shelter away from those that are hunting him – a creature called The Unnamed and his terrifying horde of hunters. Is Kyle telling the truth, or is it all an elaborate scam? 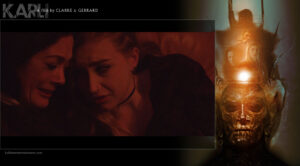 A stylish British Horror, Karli is set for release in 2021.

KARLI is a new British horror that harkens back to the days of the early 80’s horror. The team has built a film around a truly, soon to be, iconic character and an original concept of terror. Hellraiser and Kill List fans will have plenty to indulge in here.

“KARLI is a dark and menacing descent into a grim world unknown, this teaser trailer is just a small snippet of the horrors that await audiences – our antagonist literally unfolds,” Director Mike Clarke.

“This took an immense amount of work to create, but it’s paid off. We’ve created something truly original and horrific here, yes, it will be compared to Hellraiser, but any horror film creator would be happy with that comparison – what a compliment!” Director and Concept Artist Paul Gerrard.

KARLI is a visual delight, purposefully shot in low light, using menacing practical effects for the creature effects, backed by a tight script that is delivered by an excellent up and coming British cast. Starring Damien Ashley as Kyle, the drifter on the run from suspected supernatural killers, Jennifer K. Preston as Amanda, the grieving mother looking for fresh start and Isabella Percival as Karli, the daughter dragged to the country by her mother. 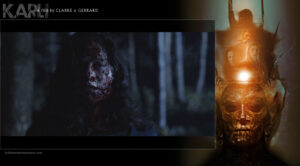 The KARLI team will be launching a full length trailer later in the year closer to the official release date (to be announced).

Expect big news in the coming months from the KARLI team and Directors Mike Clarke and Paul Gerrard.