DANSE MACABRE is pleased to announce the US release of Frank Perez-Garland’s supernatural horror FACE OF THE DEVIL which is now available on DVD and digital platforms as of June 8th 2021. 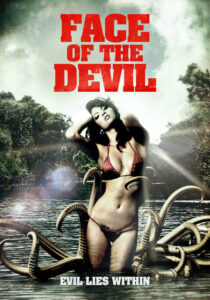 Vanessa Saba, Sergio Gjurinovic and Maria Fernanda Valera, star as city friends who travel to the Peruvian Amazon where they encounter the Tunche, a primeval spirit whose shrill whistle is an omen of impending death. But as they try to escape the Tunche they come to realise that the demon is already amongst them.

FACE OF THE DEVIL received its World premiere at Grossmann Fantastic Film Festival and has since screened at Cine Excess, Cambridge and Dublin Horrorthon.

something new to the teens-in-peril genre”