Presents a new official clip from… 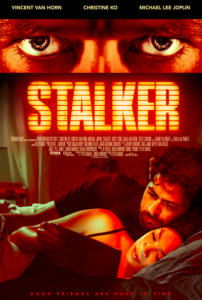 In the wake of a messy break-up, Andy Escobedo decides to start fresh, relocating from Austin to Los Angeles. Eager to make new connections, he befriends Roger, an unusual rideshare driver. But when Roger’s behavior gets too strange for comfort, Andy blows him off, choosing to focus on a budding relationship with his new girlfriend, Sam. This unhinges Roger, who begins to torment Andy, ensuring that his stay in L.A. is short-lived.

“The Lockdown Hauntings” Out Today in the UK & Ireland