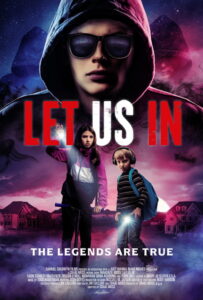 A spirited twelve year old girl and her best friend look to uncover the sudden disappearances of several missing teens in their small town. Realizing there might be something deeper happening, Emily and Christopher might be up against forces they can’t even imagine. Based on the urban legend “The Black Eyed Kids.”

Directed and Written by: Craig Moss

To celebrate the release of the film, we got the opportunity to talk with its director, Craig Moss. We discussed where the idea of the “Black Eyed Kids” came from, the great cast of kids, working with his daughter, and more! Check it out in the video below…