“A tale of London’s scum that is visceral, shocking, and fast, Boatman’s Floaters is historical horror at its best.”—Multiple Bram Stoker Award-winning author Lee Murray 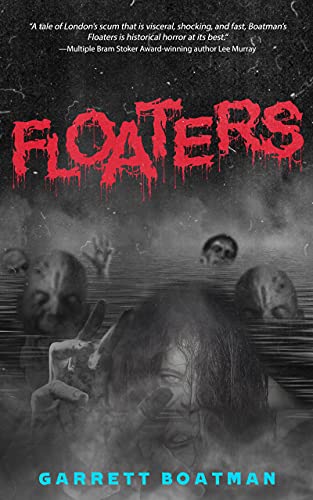 London 1890s. Out of the Thames’ fetid depths the undead rise to feast upon the living. While floaters seek blood, another army takes advantage of the chaos. Boiling out of their rookeries of crime, marauders swarm through London’s affluent neighborhoods looting and burning.

While the beleaguered police and the Queen’s army battle twin plagues—human and inhuman—London’s criminal youth gangs join forces to save their city. Will Tagget, leader of the Lambeth Lads, together with his enemies Bill Drummond of the Drury Lane Gang, bull-necked George Fish of the Elephant and Castle Gang, shillelagh-wielding Dirk Bogart of the New Cut Gang, Quincy Bird of City Road, along with their female counterparts—Lambeth Kate, Queen Jane, New Cut Beth, Razor Lil and Dirty Deidre—set out on an adventure the telling of which might earn a man a lifetime of free drinks. If he lives to tell it.

Will these violent youths be able to put aside their rivalries long enough to get the job done?

OLD MAN on DVD and Blu-Ray on December 6

‘The Gordon Place’ is Now Available for Pre-Order