In GREAT WHITE, a blissful tourist trip turns into a nightmare when five seaplane passengers are stranded miles from shore. In a desperate bid for survival, the group try to make it to land before they either run out of supplies or are taken by a menacing terror lurking just beneath the surface. 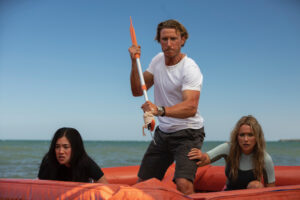 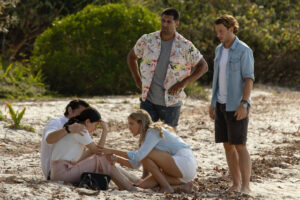 To celebrate the release of the film, we got the opportunity to talk with the film’s director, Martin Wilson. We talked about how he got involved with the film, bringing the sharks to life, the many challenges, and more…

“Satanic Panic” Available on DVD and Blu-ray on October 22