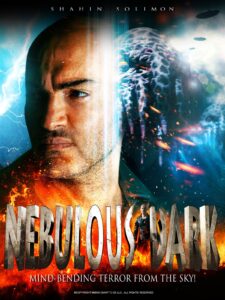 The ‘Nebulous Dark’ originality and concept is loosely inspired by classic TV shows such as The Twilight Zone, created by Sci-Fi legend, Rod Serling, and shows such as ‘The Outer Limits’. 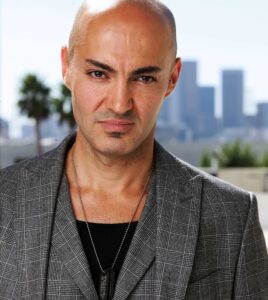 Nebulous Dark tells the story of a man waking up from a deep sleep to discover that he is the last man on earth and there are new “tenants”. Written, directed, and starring Shahin (Sean) Solimon [Sinbad The Fifth Voyage], the film has everything a genre fan would love to see in an exciting sci-fi film, including the undead (zombies) and all wrapped up in a surreal, and highly visual narrative.

“It’s a highly stylized and organic film, lending itself to classic genre movies. I love Sci-Fi and was always amazed by what those classic shows would achieve.” says Solimon. “In fact, I would find myself looking forward to watching The Twilight Zone or the Outer Limits TV shows and intrigued by the genius of Rod Serling and some of the other writer’s scripts. The twists, and the mind-bending.” According to Solimon, who is known for fantasy films such as ‘Sinbad The Fifth Voyage’, the driving force and inspiration behind Nebulous Dark is its originality, idea and experimentation in filmmaking. “I loved the storytelling, substance, and characters in classic Sci-Fi TV which would drive the plot in a creative, and supernatural setting. I think Nebulous Dark will resonate with the fans. It was fun to make and a great stretch of the imagination for me and the team”. 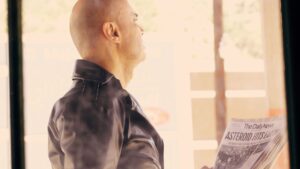 You can get more info from the director’s Facebook https://www.facebook.com/shahinsolimon

For more information about Nebulous Dark, go to https://giantflick.com/

With core genres of Fantasy, Sci-fi, Horror and Action-Adventure Giant Flick LLC is a down-to-Earth production and distribution company based in Hollywood, CA and run by artists that believe in social equality, green renewable energy and great storytelling! .