Gannon Beck and Bryan Richmond present a startling vision of the future this September!

The next great space epic begins this September with Space Corps #1! This creator-owned title written by Gannon Beck and Bryan Richmond, with art by Beck is on sale in comics shops September 29. You can pre-order RIGHT NOW through your local shop or at CEXPublishing.com. Each issue of this three issue series is double-sized – get double the content for just a dollar more!

When an alien species attacks Earth, high schooler Deven Taylor is swept up in the machinery of an intergalactic war and finds himself serving alongside strange recruits from across the galaxy! As the Space Corps’ newest enlistee, Deven must come to terms with who he is and the price he’s willing to pay for survival. 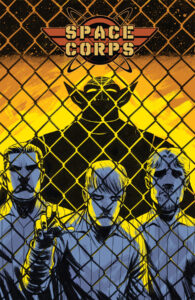 How to order Space Corps #1 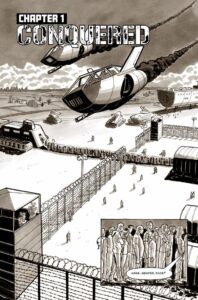 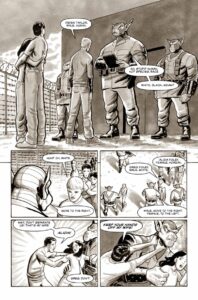 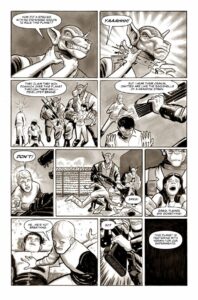 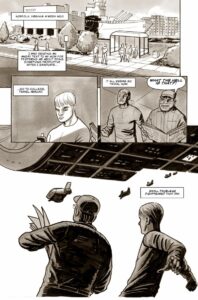 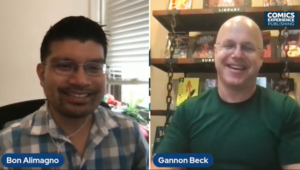 Check out the live stream we recorded with Space Corps co-creator Gannon Beck right here or click on the image above. Learn what inspired the comic and about Beck’s unique road to comic shop shelves!

In addition to making comics, Gannon has been putting his illustration skills to task making custom logos for military units around the globe for eighteen years and counting. He has created nearly 3000 unit logos for military units over the last 18 years, including deployed units in both Iraq and Afghanistan. He has been creating platoon logos in support of Marine Corps Officer Candidates School on Quantico since 2004. Several of Gannon’s logos have been adopted for official use, including the designs for Combat Logistics Regiment 3, Marine Tactical Air Command Squadron, and Motomail when it was in use. He lives in Virginia with his beautiful wife and two mad-scientist kids.

Bryan lives in Colorado with his wife, five kids, their dog, and their goldfish. He fixes computers, writes things, and stays up way too late.