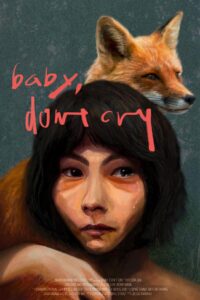 “At its core, BABY, DON’T CRY is the story about a Chinese immigrant. As such, to elevate that story I approached filming with both curiosity and sensitivity. The film’s major themes of love, coming-of-age, and family struggles are ones I believe most people can connect with. So my approach was to craft a film that took audiences on an emotional journey through the lens of a fable, while still delivering a sincere portrayal of an oppressive parent figure. My prior films dealt with teen years and themes of fear, so I was confident in my ability to give the required depth to the psychological and emotional elements in this film as accentuated by the inclusion of powerful, minimalistic shots. I carried on my personal tradition of emphasizing the characters’ worlds and environments in BABY DON’T CRY, with hopes of inspiring even greater emotional responses from the audience,” stated Dvorak.

Baby, a withdrawn and sensitive 17-year-old Chinese immigrant from a troubled home, is living in the outskirts of Seattle. One day, she meets a 20-year-old delinquent named Fox. Together they embark on a twisted journey to escape their hopeless fate.