Clowns, witches, a demonic puppet, a voodoo make-up artist, and murderous bridesmaids are headed to the Southwest. “A Comedy of Horrors, Volume 1” will screen at the International Horror & Sci-Fi Film Festival, held in conjunction with the Phoenix Film Festival in Phoenix, Arizona August 12 – 22, 2021. 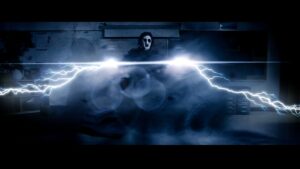 From the creators of the successful cult horror-comedy hit “The Night Watchmen,” “A Comedy of Horrors, Volume 1” is a collection of five horror-comedy segments spanning the spectrum of horror genres – from possession to witchcraft to slasher. Like its vampire-themed predecessor, “A Comedy of Horrors, Volume 1” promises plenty of blood, gore, and laughs.

The film is scheduled for three screenings as part of the International Horror and Sci-Fi Film Festival: Saturday, August 14 at 2:20 pm, Friday August 20 at 2:25pm, and Saturday, August 21 at 9:20am.

The anthology was created by “The Night Watchmen” creators and co-stars Ken Arnold (“Men in Black 3,” “House of Cards”) and Dan DeLuca (“The Wire,” “Rocket Science”), along with Matt Servitto (“The Sopranos,” “Banshee”). In addition to writing and directing, Arnold, DeLuca, and Servitto each star in segments of the film.

“We wanted to do something that was a bit of a throwback to the fun, scary, good time horror movies of the 80s. Following in the footsteps of anthologies like “Creepshow” or “Twilight Zone: The Movie” allowed us to explore several different horror genres. With five unique segments, we think there’s something in there that every horror fan will connect with and enjoy,” said Ken Arnold.

“A Comedy of Horrors, Volume 1” made its world premiere in March of 2021 at the Garden State Film Festival in Asbury Park, NJ, where it was awarded Best Horror Feature.

This is the group’s second appearance at the International Horror and Sci-Fi Film Festival. Their prior film, “The Night Watchmen” was also an official selection of the festival in 2017.

Produced by Non Nomen Films, “A Comedy of Horrors, Volume 1” was shot primarily in Maryland in October and November of 2019, with one segment shot in Atlanta, Georgia. The film was one of the first productions to take advantage of a new tax credit program provided by the Maryland Film Office for the purpose of fostering independent filmmaking in the state of Maryland.

The teaser for “A Comedy of Horrors, Volume 1” is available via producer Ken Arnold’s Vimeo profile.

“A Comedy of Horrors, Volume 1” is the first production for the company, which currently has a number of film and television projects in development.