The Fantasia International Film Festival will be celebrating its 25th edition as a virtual event accessible to audiences across Canada, with a dynamic program of scheduled screenings and premieres, panels, and workshops running from August 5 through August 25, 2021, once again using the leading-edge platform created by Festival Scope and Shift72.

In covering Fantasia last year, we discovered films that would continue to wow audiences as they released worldwide. Several films made our top 10 horror films of 2020 like “Fried Barry” and our top two films “Anything for Jackson,” and  “The Dark and The Wicked.” That’s why we’re excited to be covering the festival again, and are very much looking forward to seeing what they have to offer this year. Here are just a few films that horror fans might want to start with… 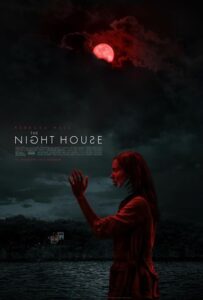 Reeling from the unexpected and shocking suicide of her husband, schoolteacher Beth (Rebecca Hall of GODZILLA VS. KONG) is left alone in the remote lakeside home he built for them. Beth valiantly tries to hold it together – but when the nightmares come (and they do!), that becomes increasingly difficult. Not helping: disturbing visions of a presence in the home calling to her, beckoning her with a ghostly allure. Other unexplained phenomena pop up, like the stereo system bursting to ear-splitting life during sleeping hours, and the “night house” across the lake that strangely appears and disappears. Against the advice of her concerned friends, Beth begins digging into her husband’s belongings, yearning for answers. What she finds are secrets both bizarre and frightening – a mystery the frazzled widow is determined to unravel. 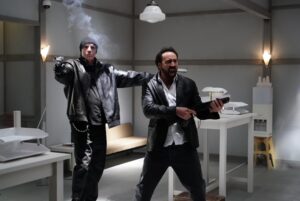 Prisoners of the Ghostland

Two American men, Hero (Nicolas Cage) and Psycho (Nick Cassavettes), walk into a Japanese bank in Samurai Town toting guns and screaming “Banzai!”. A small boy offers them gumballs. It does not end well. In another part of town, Bernice (Sofia Boutella), granddaughter of the town’s tyrannical ruler, The Governor (Bill Moseley), attempts to escape. It does not end well. Bernice is now trapped in a lawless locale known as The Ghostland, that The Governor deems too dangerous, and he wants her back. For this mission, he plucks Hero out of prison with an offer of freedom if he can find Bernice and bring her back, alive and “unsoiled”, in three days. It will not end well, if it ever ends at all. 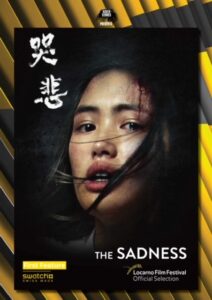 Strap yourself in for the most intense freakout of a transgressive horror rollercoaster to smash through cinemas in ages. In an alternate version of Taiwan, a rapidly spreading pandemic that the government has largely chosen to ignore suddenly mutates into a rabies-like affliction. The infected find themselves unable to control their id, acting on their every primal impulse. Limbs are torn, faces are peeled, everything becomes a weapon – or an orifice – and anything could happen. Anywhere. Everywhere. In the midst of escalating, city-wide ultra-violence, a young couple on opposite sides of town struggle to re-connect. And that’s all you need to know!

Who’s got an appetite for gruesome, dreamy eco-horror? THE FEAST sets its distinctive storytelling table inside a surrealist-sleek household nestled deep in lush Welsh countryside, where a politician’s family are putting together an extravagant dinner. A new hire (HIDDEN’s Annes Elwy) is brought into the home when a sudden crisis makes it impossible for the household’s regular helper to assist. When not serving, she observes in silence with eerie, almost anthropological interest. Everything set to happen that night will do so with designs towards winning a lucrative deal to mine in the local forestry. Centuries-old lifeforces in said forestry, however, may have other plans on what exactly is to be served. 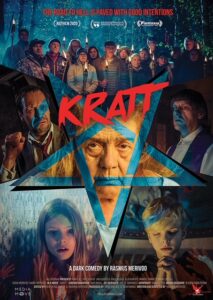 Ah, children. The source of much joy, hope and innocence for many, but truth be told the little monsters are out to kill us all. Let’s be honest, they’re all selfish wretches who do nothing but drive you crazy and suck up your will to live. And now, in a small Estonian village, two narcissistic little brats (Nora and Harri Merivoo, the director’s kids!), dropped off at their Grandmother’s (Mari Lili) farm for a few weeks while their parents attend a self-help retreat, may bring about the end of human existence as we know it. Complaining about the actual work they’re expected to do, these little snot-nosed pests bring the local legend of the Kratt – a Terminator-like demonic spirit that must always be fed work, or else – to life just so they can take it easy, but in doing so they may have set in motion the destruction of Grandma, her village and perhaps the world with it. And all because they couldn’t get internet access.

The small, snow-covered Indigenous community is about to see an upturn. Mining company WEC has just made an agreement for drilling on this tribal land, and it’s looking like everyone will benefit – except the land itself. Local activist Kharis Redwater is one of those protesting the deal when her voice is silenced in a hit-and-run that remains unsolved. So as WEC begins their assault on the land, the land itself retaliates against WEC and all those who support it. But for local peace officer Mary Stonechild (Madison Walsh) and Park Ranger Stacey Cole (Sera-Lys McArthur), the answer to this mystery lies in the traditions of their people and the vengeance-filled spirits that have haunted the land for generations, about which the people know one rule: don’t say its name. 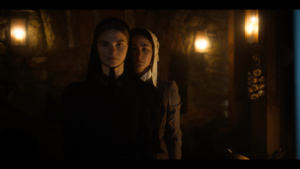 Southold, New York, 1843: Young Mary (Stefanie Scott), blood trickling from behind the blindfold tied around her eyes, is interrogated about the events surrounding her grandmother’s death. As the story jumps back in time, we witness Mary, raised in a repressively religious household, finding fleeting happiness in the arms of Eleanor (Isabelle Fuhrman), the home’s maid. Her family, who believe they are seeing, speaking, and acting on God’s behalf, view the girls’ relationship as an abomination, to be dealt with as severely as possible. The couple attempt to carry on in secret, but someone is always watching, or listening, and the wages of perceived sin threaten to become death, with the tension only heightened by the arrival of an enigmatic stranger (Rory Culkin) and the revelation of forces other than the Lord at work.

That’s just the beginning! There are plenty more amazing films coming to Fantasia and you can find all of them and more details about the festival at:

You Bring the Pizza, Fright-Rags Will Bring the SLUMBER PARTY MASSACRE, MY BLOODY VALENTINE, & DRACULA Apparel