The 70s send-up is back with new special features 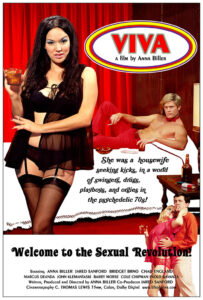 VIVA (2007) is a cult retro spectacle about a bored 1970s housewife who gets sucked into the sexual revolution. Abandoned by her perfect Ken-doll husband, Barbi (writer/director Anna Biller, THE LOVE WITCH) is dragged into trouble by her girlfriend, who spouts women’s lib as she gets Barbi to discard her bra and go out on the town. Barbi becomes a Red Riding Hood in a sea of wolves, and quickly learns a lot more than she wanted to about the different kinds of scenes going on in the wild ’70s, including nudist camps, the hippie scene, orgies, bisexuality, sadism, drugs, and bohemia. 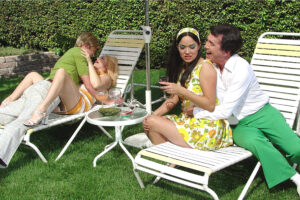 VIVA is a highly stylized film that draws on classic exploitation cinema and vintage Playboy magazines for its look and characters. Saturated to the hilt with vibrant color, and exquisitely detailed in its depiction of the period, VIVA looks like a lost film from 1972, even down to the campy and self-assured performances, the big lighting, the plethora of negligées, and the delirious assortment of Salvation Army ashtrays, lamps, fabrics, and bric-a-brac. Whether you’re looking for naked people dancing, alcoholic swingers, stylish sex scenes, a sea of polyester, Hammond organ jams, glitzy show numbers, white horses, blondes in the bathtub, gay hairdressers, or psychedelic animation, VIVA has it all!

Biller says, “I am thrilled to work with Kino Lorber, who releases the best classic and contemporary films, and to see VIVA discovered by a whole new group of fans. VIVA is important to me both as a piece of cinema and as a response to the excesses of the sexual revolution, and I’m excited to see the types of conversations it will generate in the era of #Metoo.”

Anna Biller is a writer and director who creates unique, female-focused, highly visual films. She has a BA from UCLA in art and an MFA from CalArts in art and film. Her first feature VIVA played in film festivals all over the world and gained minor cult status, and her second feature THE LOVE WITCH won acclaim for its elaborate visual style and feminist themes, and has screened at numerous film festivals worldwide. In 2017 she won the Trailblazer Award and Best Costume Design at the Chicago Independent Film Critics Circle Awards for THE LOVE WITCH, and in 2019 she was invited to join the Academy of Motion Picture Arts and Sciences. She is listed in a Rotten Tomatoes article as one of “The 21 Masters Of Horror Shaping The Genre Right Now.” 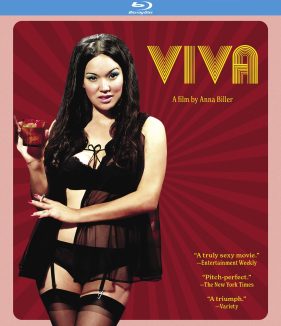 VIVA will be released on August 24, 2021. July 25, 2021. Detailed information about the blu ray can be found on the official Kino Lorber website at https://www.kinolorber.com/product/viva-dvd.