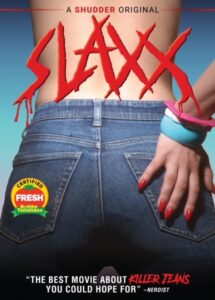 Available on VOD, Digital HD and DVD on September 7, 2021

“The Best Movie About Killer Jeans You Could Hope For” – Nerdist​

RLJE Films, a business unit of AMC Networks, has picked up select rights to the horror film, SLAXX from Shudder, AMC Networks’ premium streaming service for horror, thriller and the supernatural. RLJE Films will release SLAXX on VOD, Digital HD, and DVD on September 7, 2021. 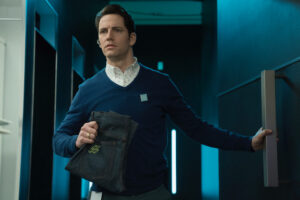 In SLAXX, a possessed pair of jeans is brought to life to punish the unscrupulous practices of a trendy clothing company. Shipped to the company’s flagship store, the killer jeans proceed to wreak carnage on staff who are locked in overnight to set up the new collection. SLAXX is “stylish, sharp, and not to be overlooked” (Pajiba.com) and “just good, bloody, fun” (Flickering Myth).

ABOUT THE HORROR COLLECTIVE

The Horror Collective is the genre label of Entertainment Squad, a film finance and distribution company. SLAXX is the first production co-financed by The Horror Collective. The label’s latest releases include the Etheria anthology series, ROT and MASS HYSTERIA, which were also acquired by Shudder.