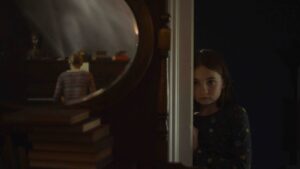 “Eullenia” – The First Ever Genre Television Series from Thailand