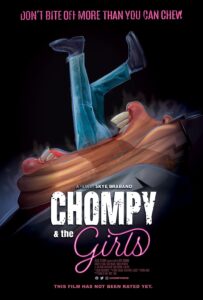 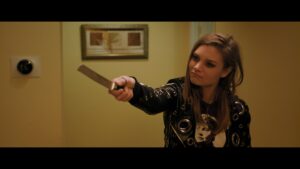 CHOMPY & THE GIRLS is the story of a troubled and depressed young woman who meets her father for the first time – an encounter that goes from awkward to alarming when they witness a man swallow a little girl whole. This terrifying event sends them on a wild ride full of interdimensional entities, scary little girls, and crippling insecurities about the future.

“With CHOMPY & THE GIRLS we hoped to open up a discussion about what it means to grow, thrive, and live with mental health problems,” said filmmaker Skye Braband. “Granted, we wanted to explore those themes in the most fun, surreal, and exciting way possible. Everyone involved in the production cared deeply about making CHOMPY & THE GIRLS, and the heart we all put into it shows.”

Get a Dose of Thorazine Dreams by Vic Kerry