A young boy, kidnapped, only to be returned, talking of aliens. A witch destroys a cult and a coven in a quest for ultimate power. A witchdoctor unleashes zombies on a planned neighborhood in Miami. A mysterious unnamed man in a suit may be more than he seems. A murdered Chicago detective needs help discovering who killed him.

In A Mind Full of Scorpions, book one of the Eyes-Only trilogy, former FBI agent Adam Richardson has had his mind broken after a violent end to a haunting case. Diagnosed paranoid schizophrenic, Adam moves back home to Northwest Arkansas under the care of his younger brother. As Adam settles in, he begins to suspect that some of the things he sees are real. Like the Shimmers, the princes of Hell who embody the seven deadly sins. When Adam’s former partner comes asking for assistance hunting down the paranormal, a new danger rears its head. Now Adam must find a way to stop the forces aligning against him and his friends as he struggles to quiet the voices in his head once and for all. 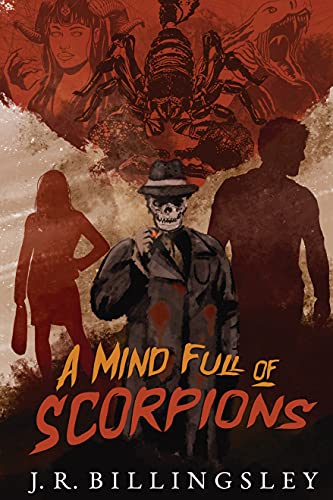 In this episodic novel, readers follow Adam Richardson as he deals with Shimmers (demonic visions only he can see) and shadow folk, political espionage, a physician obsessed with redefining and recreating life, murderous witch PJ Harlow, the mysterious Mr. MITS (Man in the Suit), aliens, ghosts, a physicist who sees alternate realties, a witch doctor and zombies, nanotech used to create super soldiers, and a cannibalistic family. Joined by his former FBI partner, Marion Case, his brother, Chris, his psychiatrist, Dr. Samantha Blake, and the ghost of a murdered Chicago police officer, Detective Leo Knight, Adam — who has been diagnosed paranoid schizophrenic — must determine if the things he is seeing are real or imagined, and if real, what he can do to stop them.

Structured as a TV show in book form, this first novel in the EYES ONLY trilogy follows Adam and his friends across eighteen episodes as they are dragged deeper into the mysteries that have found them.

The trilogy starts now, and with YOU getting YOUR copy today at… 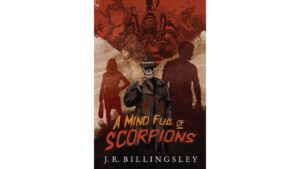 Visit them today at:

Productions Wraps on SHOWDOWN IN YESTERYEAR