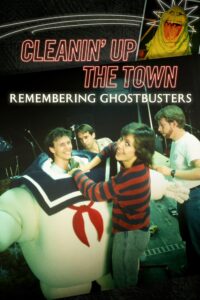 CLEANIN’ UP THE TOWN: Remembering Ghostbusters is the definitive documentary charting the making of the iconic film that inadvertently changed the film industry forever. Featuring interviews with Dan Aykroyd, Harold Ramis, Bill Murray, and Ernie Hudson and including never-before seen footage. The documentary hallmarks the extraordinary achievements made for the era, and emphasizes just how ambitious an undertaking the making of Ghostbusters really was.