“The Hunger” is the storming debut single from VAMPYREAN. 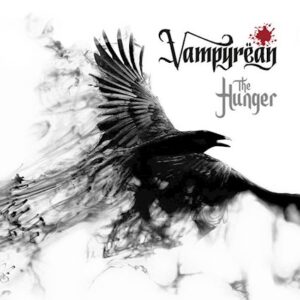 It is a rousing goth anthem on the desire and obsession of a vampire and the pursuit and submission of his victim, set to a catchy pulsating beat.

Lush crystalline guitar motifs battle with driving power chords, to create a dark, driving rock parable on the misery of a sanguine life.

About The Album
The debut album from VAMPYREAN is called The Hunger and is an eleven track gothic rock opus covering vampyres, werewolves and serial killers.
With guest vocal contributions including Chris Pohl (BlutEngel), Aaron Stainthorpe (My Dying Bride) and Sven Friedrich (Solar Fake).

Drawing equally from post-punk, horror film soundtracks, macabre gothic literature, Vampyrëan is the brainchild of Vlad Janicek, who pioneered a grandly theatrical brand of gothic rock with his other band Nosferatu.